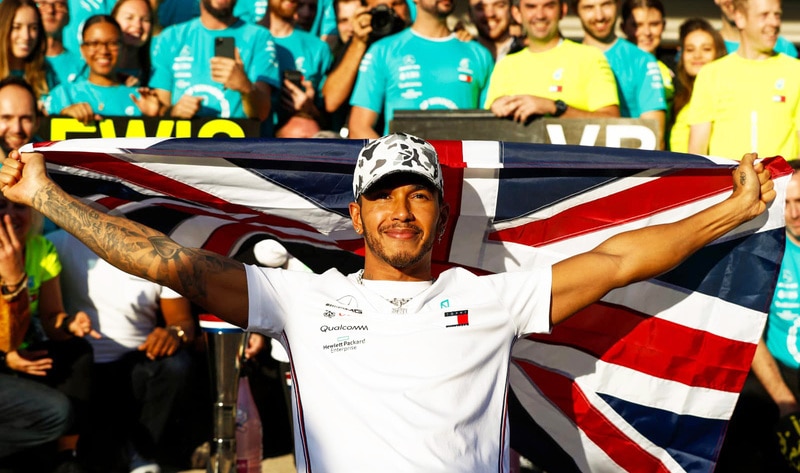 This week, Mercedes-Benz released a new video campaign featuring vegan world race car champion Lewis Hamilton. In the video, Hamilton details his personal journey toward becoming an elite athlete—despite harsh criticism from peers—and using his status as a tool to inspire change. “I’m pretty sure I’ve proved absolutely everybody who has ever doubted me wrong. Pretty much every driver in the past has just been a driver—has won championships or whatever it may be. But how can you give back? How can you make a change?” Hamilton said. “It took me a long time to realize that I have this incredible platform. So I took action to go vegan and raise awareness of a more conscious way of living. I’d like to look back and think I’ve helped change an industry to being diverse and forward-thinking and being a part of the change for a greener world.”

Since going vegan in 2017, Hamilton has used his fame to promote animal-rights issues, urging fans to ditch animal-derived foods and clothing, and boycott the exploitation of animals for entertainment. Most recently, Hamilton—the only Black race car driver in Formula One history—took a stance against systemic racism by frequenting Black Lives Matter protests, urging his 18.4 million Instagram followers to “not sit in silence,” and kicking off the racing season in a new car emblazoned with “End Racism.”

Hamilton is part of the Mercedes-AMG Petronas Formula One Team and the carmaker’s new campaign was created to reiterate its commitment to become carbon neutral by 2020. “At Mercedes-Benz, reinventing mobility is at the heart of what we do,” the auto company captioned its new campaign video. “It has always been our mission, and it’s what we’re working on today—with all our efforts, towards a future of Carbon Zero. Thank you, Lewis, for speaking up and giving change a voice.”