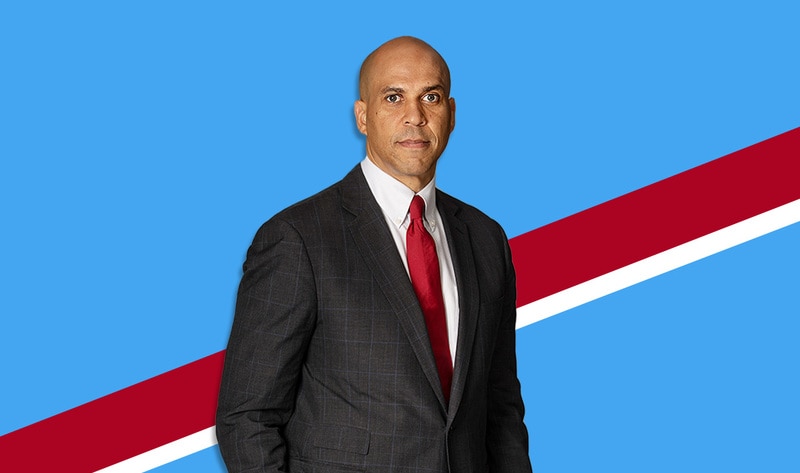 This week, vegan New Jersey Senator Cory Booker introduced the Safe Line Speeds During COVID-19 Act, which aims to protect workers, animals, and consumers from the dangers posed by higher line speeds in poultry, pig, and cattle slaughterhouses. Co-sponsored by several state senators and supported by a diverse coalition of groups— including the American Federation of Government Employees, United Food & Commercial Workers International Union,  and American Society for the Prevention of Cruelty to Animals—the bill would prohibit meat processing and slaughter facilities from operating at dangerously high speeds that prevent social distancing during the COVID-19 pandemic.

In April, the United States Department of Agriculture (USDA) approved a record number of waivers for poultry plants to start operating at breakneck line speeds, allowing them to slaughter up to 175 birds per minute, instead of the previously allowed 140 birds per minute. A recent analysis by the National Employment Law Project found that the plants that received these waivers have all had records of severe injuries, have been cited for worker safety violations, and/or have become COVID-19 hotspots.

“Since mid-March, outbreaks of COVID-19 have continued to surge in meatpacking plants across the country, infecting tens of thousands of workers and tragically killing more than 168.  The majority of these workers are from immigrant communities and communities of color,” Booker said. “The situation has only worsened since the USDA has approved nearly 20 requests from meatpacking plants to exceed regulatory limits on line speeds despite the risks posed to workers, consumers, and animal welfare. The USDA should be in the business of prioritizing worker and consumer safety over the profits of large multinational meatpacking corporations, not the other way around. The Safe Line Speeds in COVID-19 Act will rein in the USDA’s reckless oversight by limiting its ability to grant dangerous line speed waivers.”

In addition to prohibiting increased line speeds during the COVID-19 crisis, the Safe Line Speeds During COVID-19 Act would require the Government Accountability Office to conduct a review of the USDA and the US Department of Labor to determine the effectiveness of their actions in protecting animal, food, and worker safety during the pandemic.

The new legislation is one of many ways Booker is advocating for a reformed food system. In his keynote speech at the National Food Policy Conference earlier this week, Booker noted the negative impacts the current system has on independent farmers, rural communities, public health, workers, and farmed animals. “The fact of the matter is that our current food system is interconnected with so many issues of justice in America: racial justice, health justice, environmental justice, economic justice,” Booker said. “And our food system is fundamentally broken. It fails to reflect our collective values. And it is not a dramatization to say that the way we produce and consume food in this country is quite literally a matter of life and death.”

From Quick and Easy Potato Cakes to Moroccan Carrot and Chickpea Salad: Our Top Eight Vegan Recipes of the Day!

4 Superfood Mushrooms to Add Into Your Daily Routine