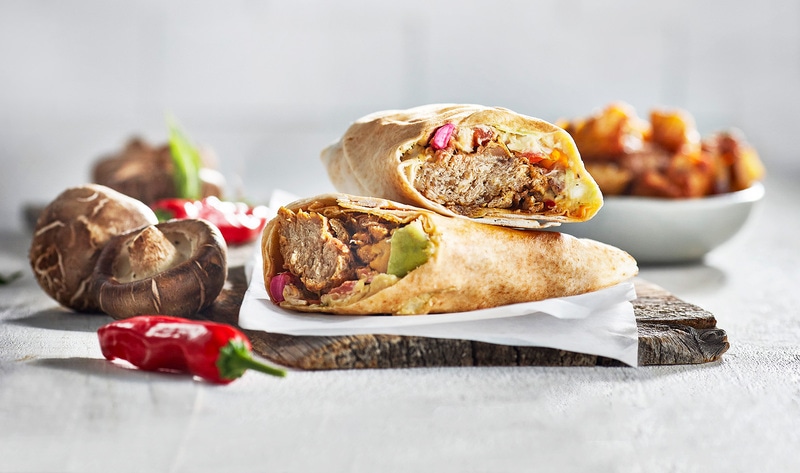 Starting on August 3, Montreal-based fast-casual restaurant chain Boustan will offer two new vegan menu items at all 26 locations: a vegan kebab plate and a kebab pita. The new meals are made from shiitake mushrooms, marinated with Boustan’s signature spices and then cooked on the grill before serving. Along with these new items, Boustan is also introducing a vegan garlic sauce made from canola oil, soy milk, fresh garlic, and spices. “We’ve been hard at work for the past eight months developing a high-quality vegan product that doesn’t compromise on taste, texture, and that can compete on the market,” Emad Saad, President and CEO of Boustan Franchises, said.

The vegan kebab plate and kebab pita are the last additions to Boustan’s already existing vegan options, which include falafel pita, falafel plate, a veggie pita with hummus, and fattoush salad.