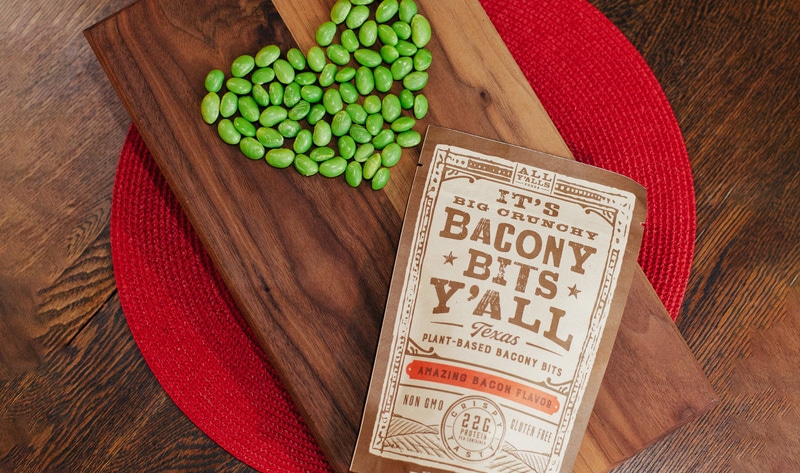 This week, Texas-based vegan snack brand All Y’alls Foods launched its newest product: It’s Bacony Bits Y’all. The new oversized bacon pieces are made from whole non-GMO soy beans and seasoned with tamari, apple cider vinegar, and a mixture of spices. “If you enjoy the flavor of crispy bacon then you are going to love these,” All Y’alls Foods CEO Brett Christoffel noted. “We knew it was time to make a bigger, better plant-based bit, so we did just that, resulting in It’s Big Crunchy Bacony Bits Y’all with a size, crunch, and flavor worthy to come from Texas.”

The company donates a portion of all of its sales to support Rowdy Girl Sanctuary, a cattle operation that vegan activist Renee King Sonnen turned into a farmed animal sanctuary after convincing her husband Tommy Sonnen, a cattle rancher, to go vegan. Through their Rancher Advocacy Program, the couple also helps other animal farmers transition to plant-based agriculture.

New Advisory Board Forms to Bring Beyond Meat, Miyoko’s, and Oatly to Sub-Saharan Africa

Demand Hazard Pay for Veterinary Workers, Urge Trump to Restore NEPA, and Ban Animal Abuse in Russia: 10 Petitions to Sign this Week to Help People, Animals and the Planet!