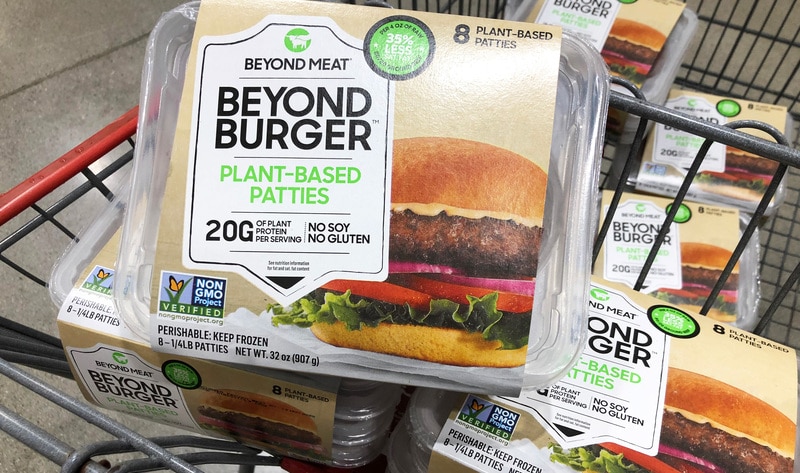 This week, vegan Beyond Burgers will launch at all club stores Sam’s Club and BJ’s Wholesale Club nationwide. At Sam’s Club, the vegan burger is available in a bulk 8-patty pack for $16.98. Sam’s Club initially tested the Beyond Burger—its first plant-based meat option—at its locations before deciding to add the vegan meat option to its shelves permanently. In December, Beyond Meat made its first move into the club-store channel with the launch of its vegan burgers at most Costco locations nationwide. The vegan meat brand’s products are now available at more than 25,000 retail locations, including at Kroger, Walmart, Target, Wegmans, and more.

“Having entered all national conventional retailers in the US, we looked for where the white space existed and club stores were the next logical step towards increasing accessibility to plant-based meat among mainstream consumers,” Beyond Meat Chief Growth Officer Chuck Muth said. “By offering the Beyond Burger in a larger format, we’re able to provide value to consumers and a more accessible entry point for those looking to try a plant-based option for the first time or increase their adoption of plant-based meat. With the added focus on retail the past few months as well as a shift towards less frequent, stock-up style shopping trips, our distribution in club stores has been especially critical.”

In the food service sector, Beyond Meat counts a growing number of partners including Carl’s Jr., Del Taco, Dunkin’, and Wawa Inc.—which added Beyond Breakfast Sausage to menus at 650 locations last week with 220 additional locations debuting the vegan meat option on August 10.