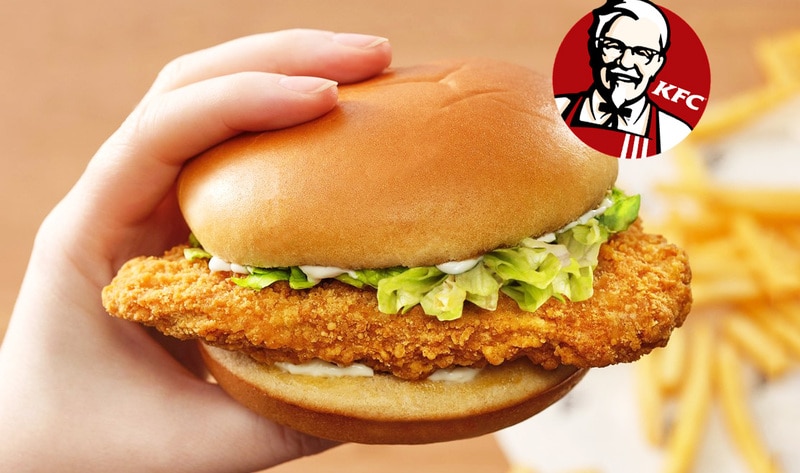 On August 10, international chain Kentucky Fried Chicken (KFC) will add the fully vegan Plant-Based Chicken Sandwich to all of its locations across Canada after a wildly successful trail of vegan chicken options made by Lightlife Foods. For one day on November 27, KFC tested the sandwich ($6.99 CAD) and popcorn chicken (starting at $3.99 CAD) at one location in Mississauga, ON—where it sold out quickly. “When we tested Plant-Based KFC by Lightlife late last year, we sold over a month’s worth of sandwiches in six hours,” Samantha Redman, Chief Marketing Officer, KFC Canada, said. “Seeing the extraordinary demand for Plant-Based KFC, we worked quickly to bring these menu items to our restaurants across Canada.”

KFC prepares its vegan chicken options in a separate fryer (the same one it uses for French fries) from animal meat-based items. The KFC Plant-Based Popcorn chicken will also be available for a limited time. Both the sandwich and popcorn chicken can be ordered individually, as a combo, or as part of a boxed meal. “Whether you enjoy a vegetarian or flexitarian lifestyle—or you’re one of our loyal fans looking for something new, Plant-Based KFC is a modern take on our world-famous classics,” Redman said.

Stateside, KFC tested Beyond Fried Chicken  (made by Beyond Meat) last year at one Atlanta location—where it sold out in five hours. In February, the chain expanded its test to 70 locations in Charlotte, NC, Nashville, TN, and surrounding areas. Last month, KFC continued its test of the plant-based chicken with a further expansion into more than 50 locations in Southern California.

New York City Isn’t Doing Great When it Comes to Recycling, Here’s Why and How You Can Help!