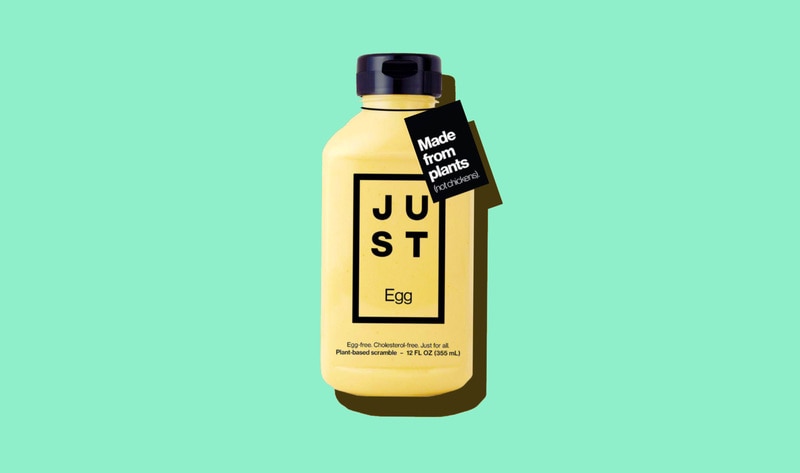 California-based food technology company JUST recently hit a milestone of selling 50 million JUST “eggs.” The statistic is based on the chicken-egg equivalency of JUST’s vegan mung bean-based scrambled eggs. JUST worked for nearly four years to develop its egg replacer, which launched in the retail sector through Sprouts and Whole Foods Market in April 2019 before expanding to other grocery chains, including select Walmart locations nationwide. Currently, the product is growing faster than the top-selling plant-based meat and milk products, such as Beyond Meat and Oatly, in the conventional grocery category.

Earlier this year, JUST launched an accompanying folded egg omelette, which has already become the number one frozen breakfast item at a top-five grocery store in the United States. To reach the top spot, it surpassed chicken sausage, turkey sausage, a chicken egg breakfast wrap, and waffles.

“Consumer food choices are shifting faster than most people realize and that pace has only hastened in recent months,” Andrew Noyes, JUST Head of Global Communications, told VegNews. “We’re humbled that so many people are bringing our products home to feed their families and it’s incredible that in just over a year, an egg made from plants is selling better in stores around the country than many egg products made by chickens. Even though eggs are the least developed category in the plant-based space, it has the most growth potential, and we’re just getting started.”

JUST recently launched its first-ever national advertising campaign, which aims to introduce its products to those who may already be enjoying other plant-based foods but have yet to try JUST Egg. The “Plant-based hits ____” campaign includes YouTube, connected TV, and social media targeting. In parallel, a #TheNewBreakfastClub digital content campaign will feature food education, recipes, live tutorials, and influencer engagement focused on easy breakfasts, healthy lunches, and nutritious snacks that are family-focused and kid-friendly.

10 Recipes with Figs that are Sweet and Delicious!

Vegan Senator Cory Booker: “In This Moral Moment, We Must Choose to Be Agents of Justice”