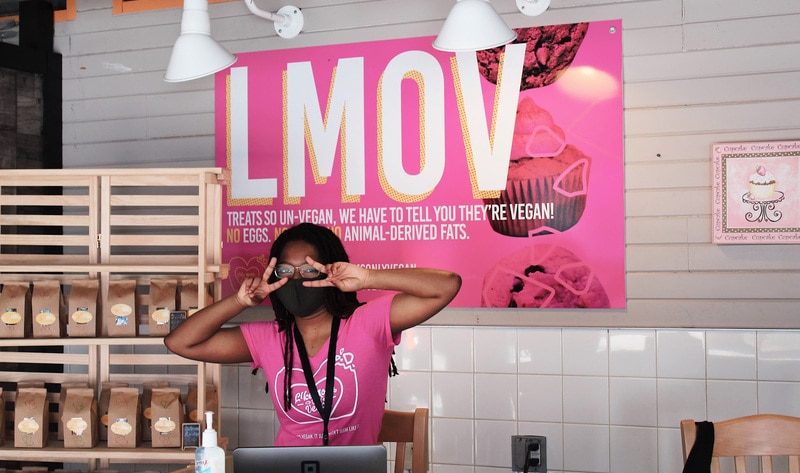 “I am a 20+ year vegan and have raised my children to be vegans as well. Raising a vegan family before it was popular meant a lot more cooking at home, and less eating out,” Sams told VegNews. “I made the decision to never let my children feel left out when it came to their vegan lifestyle, so I always ensured that they attended pizza parties with their own homemade vegan pizzas and celebrated birthdays with their own vegan cakes. They would even share their food with curious friends and family members, who were intrigued and impressed by my recreations of favorite meals and desserts in a vegan version that was still delicious.”

Though Findlay Market only offers space to businesses on a temporary basis, LMOV was able to obtain a three-year lease on its location. “Many of Cincinnati’s citizens shop at Findlay for their weekly groceries and attend the market as a weekend outing, so it is a huge opportunity to be able to get in front of this audience,” Sams said. Currently, LMOV offers pickup at Findlay Market and local farmers’ markets, as well as nationwide shipping through its website. Sams hopes to one day own her own production kitchen and permanent retail location.

During Height of Pandemic, Plant-Based Food Sales Increase by 90 Percent

New Vegan Hawaiian Bowls to Debut at Costco this Summer