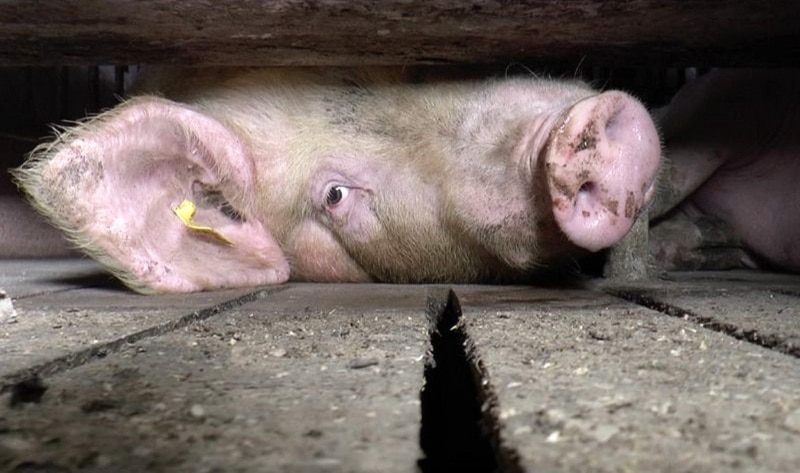 This week, animal-rights documentary HOGWOOD: A Modern Horror Story won an award during the prestigious British Documentary Film Festival. The 35-minute documentary was a finalist in both the Best British Short and Wild Animal Award categories and won the latter, a category that celebrates documentaries that capture animals and wildlife in a creative and engaging way. The film is narrated by actor Jerome Flynn—known best for his role as Bronn on popular HBO series Game of Thrones—who tells the story of Hogwood farm in a quaint part of England, a pig farm where non-profit organization Viva! recorded abhorrent conditions such as routine mutilation, widespread neglect, and live cannibalism amongst abused pigs through its lengthy undercover investigations in 2017 and 2019.

“We couldn’t be more thrilled to win this award. I have been producing investigative documentaries for many years and no film has been more harrowing than HOGWOOD,” the film’s director Tony Wardle said. “There are modern horror stories taking place each day in the British countryside. Not only are these horrors hidden from sight, but they are endorsed by huge corporations and the government. That is why this film had to be made—because the public has a right to see what takes place beyond the factory farm walls. A big thank you to the judges at the British Documentary Film Festival for recognizing our film.”

Upon awarding HOGWOOD with its win, one of the British Documentary Film Festival judges said, “Your documentary handled an incredibly disturbing topic very well and it’s certainly changed a few of our staff’s food shopping habits because of it.”

The film is currently available for viewing on Amazon, Google Play, and Apple TV.

Ban Whale and Dolphin Captivity and End Chick Culling: 10 Petitions You Should Sign This Week to Help Animals