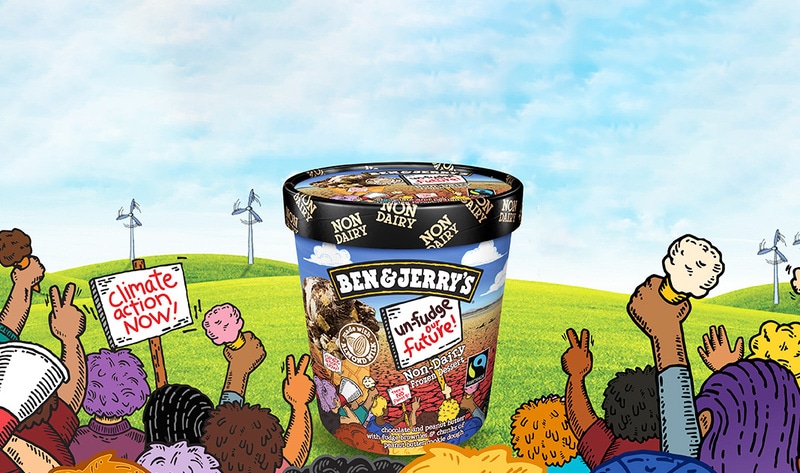 “Un-fudge our Future isn’t just a tasty new vegan flavor you can’t miss, it’s a climate crisis call-to-action you can’t ignore,” the brand states. “Ben & Jerry’s is supporting climate leaders 350.org Australia and the inspiring global movement of young people demanding climate action. There is no planet B, that’s why we will donate part of the proceeds of each pint to the movement fighting for our future.”

The launch of Un-fudge Our Future coincides with the Australian government’s upcoming release of the October Budget, which will outline the country’s economic investments—which Ben & Jerry’s hopes will lean heavily toward sustainability initiatives as Australia has one of the highest per capita carbon dioxide emissions in the world. “When Parliament sits next, our leaders will be making big decisions about where to spend the public’s money to reboot the economy,” the brand states. “We need to tell them that we want a clean, resilient, and fair future and that it’s time to make fossil fuels history.” Australian citizens can voice their climate concerns to politicians directly through Ben & Jerry’s Un-fudge Our Future campaign.