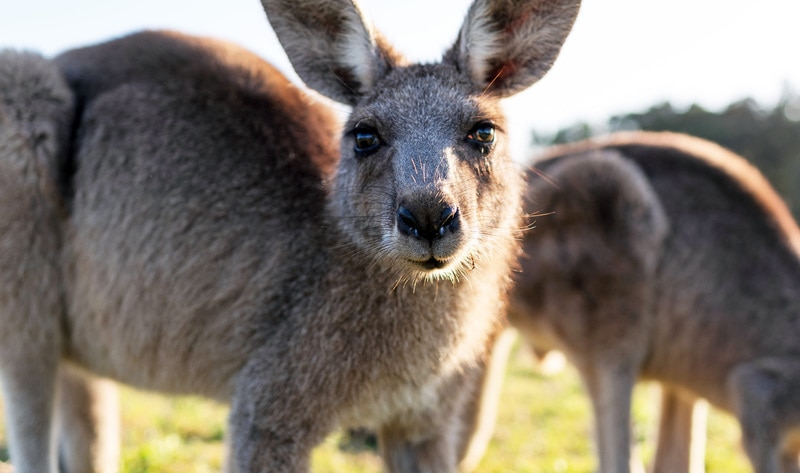 This week, luxury fashion brand Prada banned kangaroo leather from its future collections. The fashion brand confirmed to Italian animal-rights group LAV—who petitioned Prada and others to stop buying the cruelly begotten animal material—that it will no longer sell items made with kangaroo skins and has not used them in its designs for more than one year.

Animal-rights group People for the Ethical Treatment of Animals (PETA) applauded Prada’s decision and urged the luxury brand to ban other exotic animal skins from its collections. “Behind every accessory made with kangaroo leather or other exotic skins is a sentient animal who died a horrifying death,” Yvonne Taylor, PETA’s Director of Corporate Projects, said. “Prada Group’s decision will spare kangaroos immense suffering—and PETA calls on the company to extend its compassion to all exotic animals.” Prada joins a number of labels that no longer sell kangaroo leather, including Versace, Victoria Beckham, Chanel, and Paul Smith.

Last month, a months-long investigation compiled by nonprofit the Center for a Humane Economy (CHE) revealed that more than 100 retailers and online stores are selling soccer shoes made with kangaroo skins in violation of California Penal Code § 653o—which went into effect in 2016 and prohibits the sale and import of athletic shoes made with kangaroo leather with penalties of up to $5,000 and six months in jail for each violation. The companies implicated in CHE’s investigation include Dick’s Sporting Goods, Nike, and New Balance, and a large group of others which can be found on the nonprofit’s “no buy” list here.

Biden Proposes Path to Citizenship for Millions of Immigrants