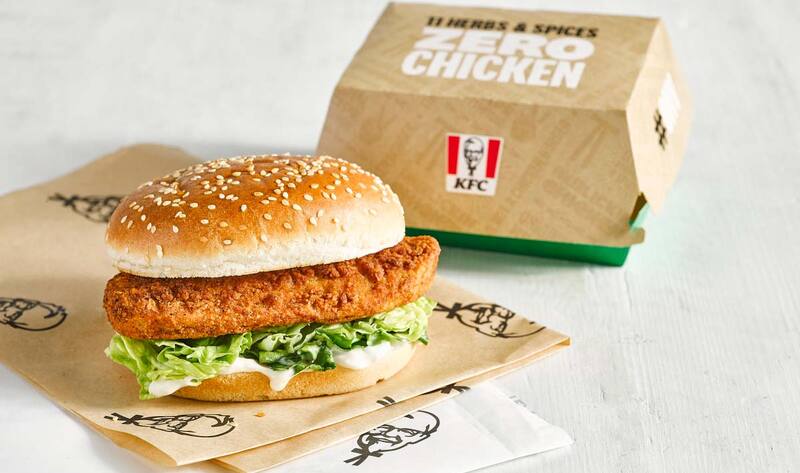 On August 24, international chain Kentucky Fried Chicken (KFC) will reintroduce the Original Recipe Vegan Burger to 73 locations across the United Kingdom with more outlets to come. The vegan burger is made with a bespoke Quorn filet coated with the Colonel’s Original Recipe herbs and spices, vegan mayonnaise, and lettuce, and served on a vegan bun. KFC UK first added the vegan option to select UK locations for a limited run last summer but after the burger sold out within four days, the chain expanded the option to all of its 900 UK locations in January 2020.

The vegan burger was temporarily suspended during the ongoing COVID-19 pandemic and is making its anticipated return to the restaurants where it was most popular prior to the pandemic. “Our vegan and flexitarian fans were sadly denied their favorite meat-free treat during lockdown, but now it’s back and it’s time to celebrate,” a KFC spokesperson said. “Our kitchen teams have been working hard to adapt to the new safety measures in restaurants, but we reckon now is the right time to unleash one of our fan favourites. We can’t wait to reunite with our vegan friends—we’ve missed you.”

Stateside, KFC began testing vegan Beyond Fried Chicken at one Atlanta location in August 2019. After it sold out within five hours, the chain expanded test locations to other regions, including most recently to more than 50 KFC restaurants in Southern California.