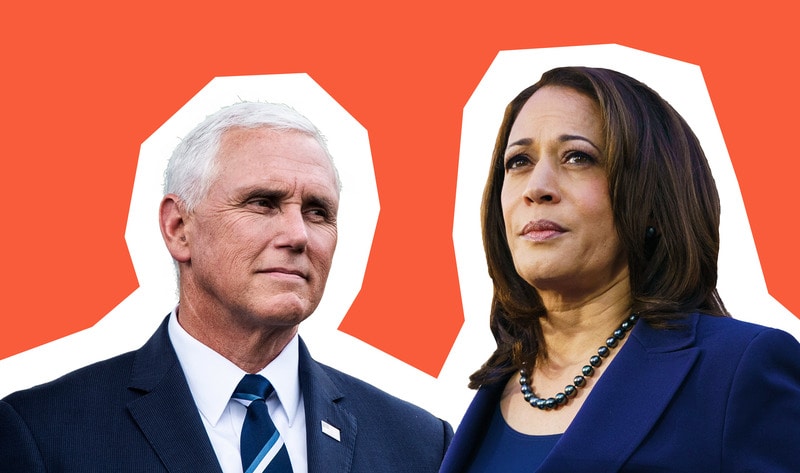 During the recent Farmers and Ranchers for Trump campaign rally in Iowa, Vice President Mike Pence stated that California Senator Kamala Harris—Joe Biden’s recently chosen running mate—is looking to reduce the amount of meat Americans eat. “Joe Biden and Kamala Harris would bury the economy under an avalanche of red tape: more regulation and more bureaucracy. In fact, the California senator that he named as his running mate this week said during her short campaign for president that Americans needed to be, and I quote, ‘educated about the effect of our eating habits on our environment,’” Pence said at a recent Republican rally. “Senator Harris said that she would change the dietary guidelines of this country to reduce the amount of red meat Americans can eat. Well, I’ve got some red meat for you: We’re not going to let Joe Biden and Kamala Harris cut America’s meat.”

Pence’s statements—which were made to an audience that has a vested interest in ensuring that the American public continues to eat as much meat as possible—were drawn from a CNN town hall in 2019 during Harris’ run for president, wherein she responded to a question about whether she would support a change in the dietary guidelines to reduce the consumption of red meat. “I think about the point that you’re raising in a broader context which is that as a nation, we actually need to have a real priority at the highest level of government around what we eat and in terms of healthy eating because we have a problem in America,” Harris responded. “I love cheeseburgers from time to time, I just do. But [we must also consider] what we do in terms of creating incentives that we will eat in a healthy way, that we will encourage moderation, and that we will be educated about the effect of our eating habits on our environment. We have to do a much better job with that and the government has to do a much better job with that.”

The same political tactic of implying that Democratic candidates will ban meat was previously used by Fox News against former presidential candidate, and vegan senator, Cory Booker. During a February 2019 episode of “The Five” Fox News segment, co-host Jesse Watters suggested phrases for Trump to use if he were to debate Booker, stating, “He is going to take away your hamburgers,” “He will have to take away your steak,” and “Booker wants to take away your hot dog on the Fourth of July.” During the segment, the hosts were all eating meat in an effort to further mock Booker.

In a recent op-ed published by Sentient Media, Carol J. Adams—acclaimed author of The Sexual Politics of Meat—explains that these tactics are commonly used by men, particularly white ones, to reassert their masculinity when they feel that it is threatened. “Remasculinization goes through continual stages, as masculinity—a construct of the gender binary facing constant destabilization—feels always under threat,” Adams wrote. “Pence’s job could be done by a woman? A woman of color? What a threat to white male identity so raise the blood-red [meat-loving] flag high.”