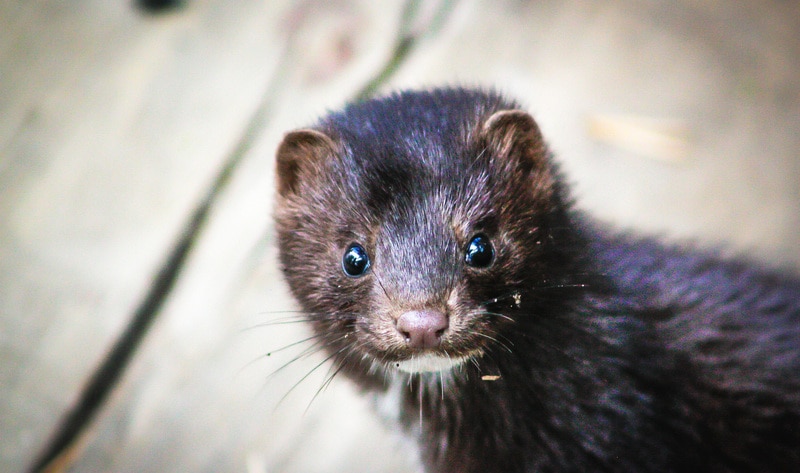 This week, mink at two Utah fur farms tested positive for SARS-CoV-2—the virus that leads to COVID-19. The tests were conducted after the United States Department of Agriculture reported that an “unusually large” number of mink had died on these farms, where some humans who came in contact with mink also tested positive for COVID-19.

The presence of SARS-CoV-2 was initially identified in the fur industry in April on two mink fur farms in the Netherlands and has since spread to 33 mink fur farms in the region, along with three fur farms in Denmark and one in Spain. While the Netherlands government initially believed that the transmission of the virus was from human workers to animals, in May, Dutch Agriculture Minister Carola Schouten confirmed that the transmission of the virus was from mink to humans. In June, the Netherlands began “culling” thousands of mink to stop the spread of the virus, which by mid-July culminated in the killing of approximately one million animals, who were mostly newborn pups.

In light of this situation, the Humane Society of the United States (HSUS) published a policy report in May recommending a ban on the trade of fur-bearing animals such as foxes, racoons, and mink in order to stop the spread of COVID-19 and prevent future outbreaks of zoonotic disease. “Despite these culls, experts believe the farms remain potential reservoirs for the coronavirus,” HSUS President and CEO Kitty Block said. “After fur farm workers in the Netherlands tested positive for the virus, the Dutch government said it is “very likely” they had contracted the virus from mink. The Netherlands is now considering closing down all fur farms in the country ahead of a 2024 deadline it had previously set for ending all fur production on its soil. We need a similar discussion—and action—here, in the United States, where fur farming is still rampant despite declining consumer interest [in fur products].”

Currently, there are more than 200 fur farms in the US which collectively produced three million pelts in the last year. Utah has approximately 55 mink fur farms and was the second largest producer of mink fur, behind Wisconsin, in 2018.