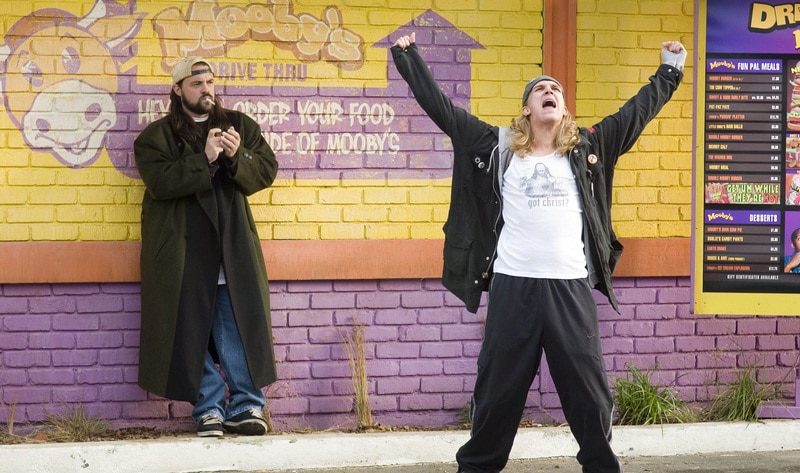 In September, legendary filmmaker Kevin Smith will bring his Mooby’s pop-up concept to his hometown of Red Bank, NJ. Smith first introduced Mooby’s as a fictitious restaurant in his film Dogma and it later made appearances in his other movies such as Clerks II and Jay and Silent Bob. In April, Smith brought the restaurant to life as a delivery-only pop-up in Los Angeles where it served Cowtipper burgers, hater totz, and lasagna sandwiches—with extensive vegan options. The Red Bank Mooby’s location will host a Jay and Silent Bob merchandise store with further details to be released later this month. “And since I can’t miss the debut of my fake fast-food eatery in the real town I was born,” Smith, who has been vegan since 2018, announced on social media, “I’m coming home to be there when the doors of Mooby’s swing wide (and maybe do a show or two).”