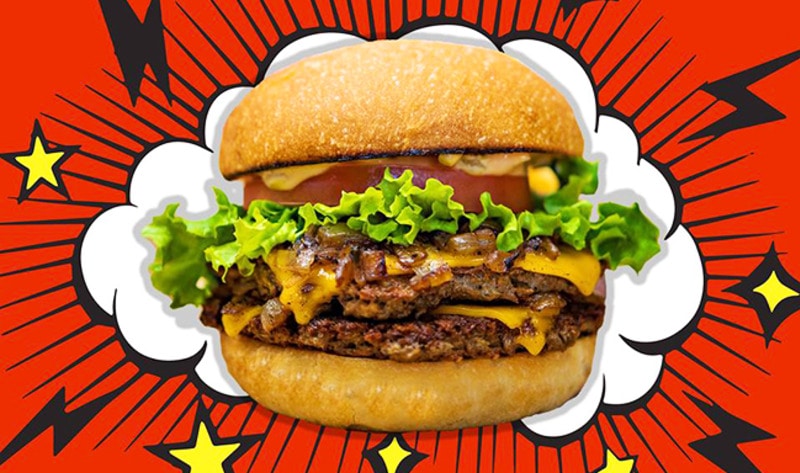 On August 20, Nic Adler—culinary director of Coachella—opened the fourth location of his popular Los Angeles burger shop Monty’s Good Burger. The new 1,200-square-foot location is located at 3rd Street and La Cienega in West Hollywood, and features the eatery’s signature bright blue and red exterior and logo of the chain’s namesake, Monty the dog. “We are so grateful and excited to bring Monty’s into new neighborhoods across Los Angeles,” Adler told VegNews. “It’s made possible by our loyal customers and incredible staff. [I] can’t wait to see some new faces in masks on 3rd Street.” The West Hollywood location is open seven days per week from 11am to 11pm and serves the same classic Impossible burger-focused menu as Monty’s three other locations in Echo Park, Koreatown, and Riverside.

The burger joint is a celebrity favorite and has been visited by Joaquin Phoenix, Vince Staples, and Hailey Bieber. The new location joins Nic Adler’s more upscale concept Nic’s on Beverly, which is located nearby in West Hollywood.