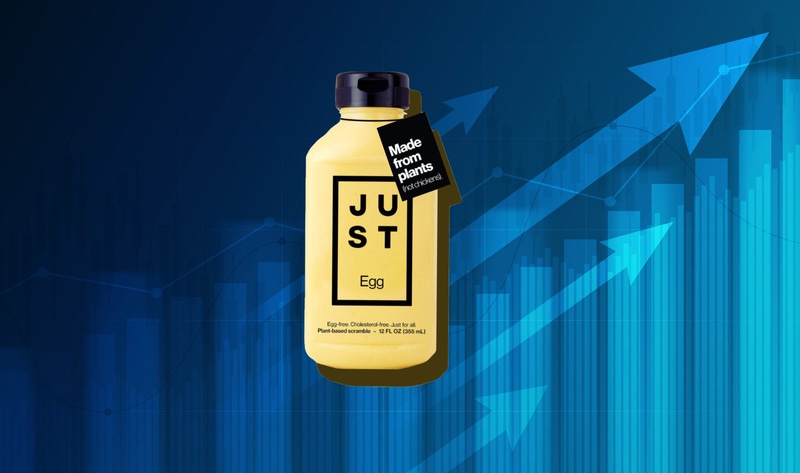 San Francisco-based startup Eat Just, Inc. (known as JUST) may soon become a publicly traded company, according to CEO Josh Tetrick. In 2019, Tetrick previously revealed potential plans to file an Initial Public Offering (IPO) as a financing event but offered no timeline. This week, Tetrick explained to Reuters that while he initially thought COVID-19 would put the brakes on plans to go public, shifting consumer purchasing habits and the company’s rapid growth during the pandemic proved otherwise. “It makes it more likely we’ll go public sooner,” Tetrick said. “The target to hit operating profitability is some time before the end of 2021. Once we hit operating profitability, then I’ll really begin considering an IPO with my team and with my board and with some of our major shareholders.”

JUST launched its mung bean-based JUST Egg in the retail sector in April 2019 and this month hit a major milestone when it sold the vegan equivalent of 50 million chicken eggs. Earlier this year, JUST also launched a folded egg omelette format of JUST Egg, which has already become the number one frozen breakfast item at a top-five grocery store in the United States. To reach the top spot, it surpassed chicken sausage, turkey sausage, a chicken egg breakfast wrap, and waffles. This spring, the company reduced the price of its vegan egg products by 35 percent to be more cost-competitive with animal-derived eggs.

When JUST goes public, it will join Beyond Meat on NASDAQ, which became the first plant-based meat company to be publicly traded in May 2019 and recorded a spike in share prices up to 163 percent, making it the most successful IPO of the year.

New Film, The Pollinators, Tells us Why Bees Determine the Future of Human Survival

Veggie Entrées for Your Holiday Feasts!