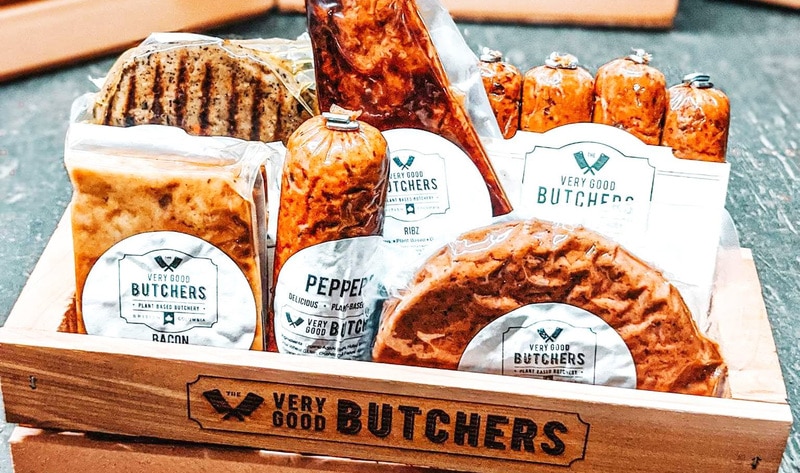 Vegan meat brand The Very Good Butchers (VGB)—owned by parent company The Very Good Food Company (VGF)—recently announced its plans to build out its Vancouver production facility and expand into the United States. The company began as a local provider of vegan meats in 2016 and has quickly grown to sell its plant-based burgers, hot dogs, pepperoni, bacon, steaks, and more through various Canadian retail outlets, along with its own butcher shop.

In June, VGB began trading on the Canadian Securities Exchange under the ticker “VERY,” and within days its stock skyrocketed by 800 percent. The US expansion plans are supported by $8.5 million that the company raised in the closing of oversubscribed funds from its public offering. “We are delighted with the closing of this oversubscribed financing, which will support key components of our growth strategy, such as expanding our operations into the United States,” VGB CEO Mitchell Scott said. “This will allow the VGF to access a very large and growing market for plant-based foods. We look forward to updating our shareholders as we progress into the next phase of our growth objectives.”

In addition, VGB has partnered with three new logistics partners that will allow the company to get its products to customers anywhere in North America within three days via ground transportation. VGB is also working to more than double its plant-based meat production in its Victoria, BC facility from 8,100 pounds to 19,800 pounds per week.

Why We Should Consider Hemp Oil to Naturally Treat Acne