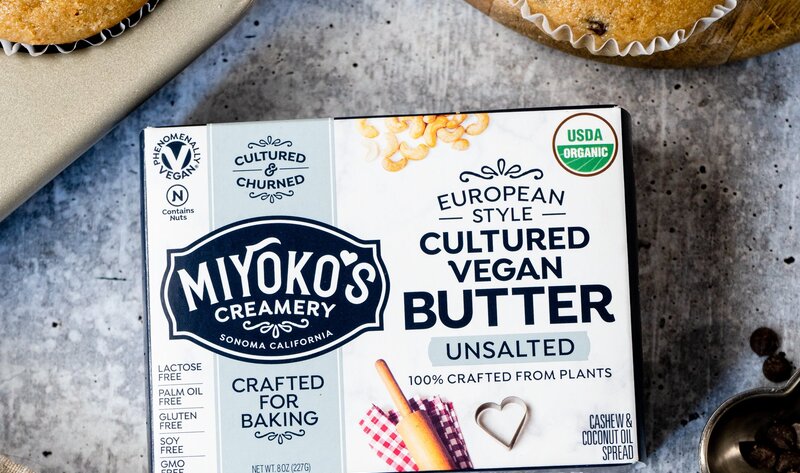 The United States District Court for the Northern District of California has granted a special court order (preliminary injunction) for vegan cheese brand Miyoko’s Creamery, preventing the State of California from enforcing its demands that Miyoko’s cease using the terms “butter,” “lactose-free,” and “cruelty-free” on its products. The lawsuit was filed earlier this year after the California Department of Food and Agriculture (CDFA) demanded that Miyoko’s remove certain terms from its packaging, despite the company’s clear labeling of the products as “vegan” and “made with plants.” CDFA also instructed the brand to remove an image of a woman hugging a cow from its website—a photo that was taken at Rancho Compasión, a farmed animal sanctuary founded by the vegan brand’s owner Miyoko Schinner and her husband. In the motion for a preliminary injunction, Miyoko’s claimed that the CDFA is misapplying federal regulations and violating the brand’s constitutional right to free speech.

“The state’s showing of broad marketplace confusion around plant-based dairy alternatives is empirically underwhelming,” Judge Seeborg said. “In this early phase of the litigation, it therefore appears Miyoko’s decision to label its product as ‘butter’ is entitled to First Amendment protection.” While Judge Seeborg granted Miyoko’s motion regarding the terms “butter,” “lactose-free,” and “cruelty-free,” he denied the motion for the website material and the phrases “hormone-free” (because plants contain naturally occurring hormones) and “revolutionizing dairy with plants” (because its “plainly misleading,” he ruled). “We’re able to shout ‘butter’ without impunity from the mountaintops!” Schinner told VegNews. “This is a huge victory where it is meaningful for us.”