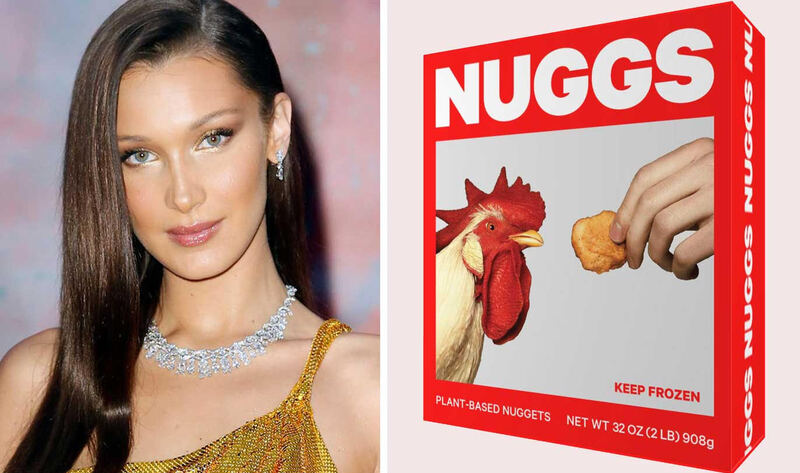 Last week, supermodel Bella Hadid was surprised with a delivery of sold-out NUGGS, a plant-based chicken nugget alternative by vegan technology start-up Simulate. The limited-release Spicy NUGGS launched on August 17—and with just 1,000 boxes available, the company sold out of its newest product in just 16 minutes.

After the New York-based company took to Instagram to announce that its Spicy NUGGS were officially sold out, Hadid posted to social media commenting “a devastating blow.” Soon after, the model shared a private message between her and NUGGS to her Instagram stories. “Ok, so you’re actually 0.2 miles from our office, so you’ll have your Spicy NUGGS in like 30 [minutes],” a NUGGS representative wrote. An excited Hadid captioned the post, writing “Guys, this isn’t an ad or anything. I found NUGGS on Instagram a while ago, and I’m f****** addicted.”

Often referring to itself as the “Tesla of Chicken,” NUGGS was founded by Ben Pasternak in 2017 and operates similar to software, constantly releasing new and improved versions of their pea protein-based vegan nuggets. Currently, NUGGS is in its 2.0 iteration after removing vital wheat gluten, decreasing sodium content, and creating a crunchier coating. Previously available direct-to-consumer only, NUGGS announced a retail launch earlier this year.