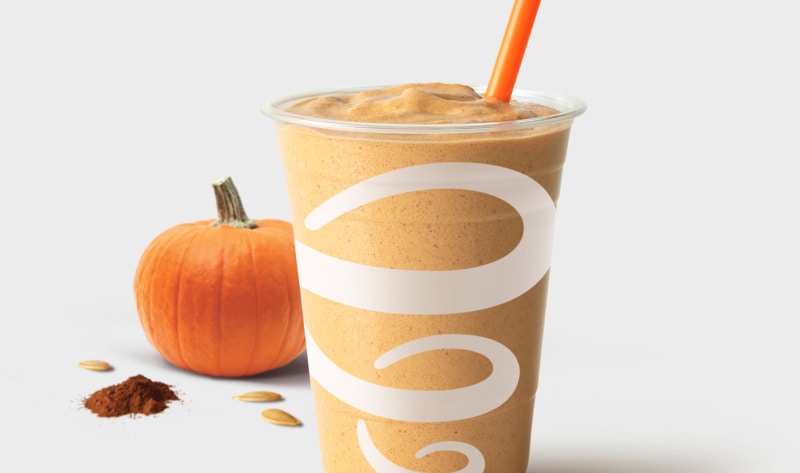 Starting on September 1, Jamba (previously known as Jamba Juice) is offering a vegan version of its seasonal Pumpkin Smash Smoothie. The new menu item is made with a blend of pumpkin, cinnamon, and nutmeg, blended with Oatly oat milk and So Delicious Oatmilk ice cream. This is the first time the chain—which has been focusing on modernizing its menu—has offered a vegan version of its seasonal smoothie.

Last year—when it dropped the “juice” from its name—the chain bolstered its vegan offerings with a Vanilla Blue Sky Smoothie and Bowl made with spirulina. And last fall, it became the first national chain to add Oatly vegan oat milk to its menu nationwide, allowing customers to swap out dairy milk for oat milk in any beverage.

Absolut Vodka to Roll Out Paper Bottles in Europe