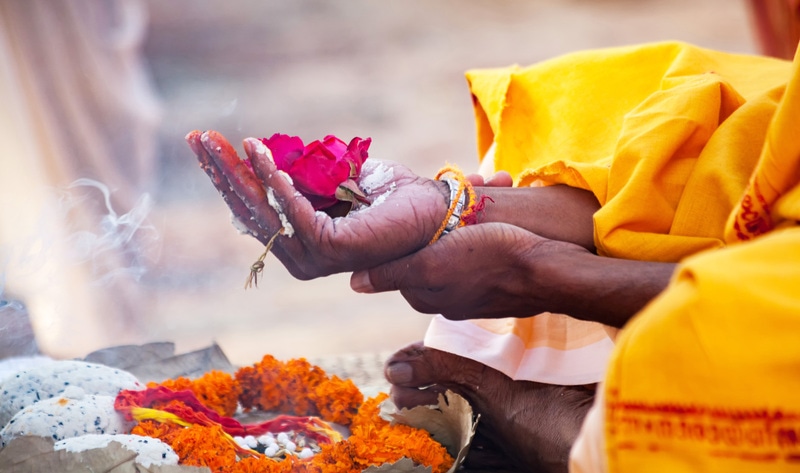 India-based startup Phool recently developed vegan leather from discarded flowers used for prayer ceremonies. Founded in 2017 by Ankit Agarwal and Prateek Kumar, the startup aims to address the waste created when the flowers are discarded into the Ganges river—where the drinking and bathing water becomes contaminated with pesticides used in the flower industry—by creating consumer products from upcycled flowers, including what it called “fleather.” Phool actively employs women—particularly those from lower castes—giving them opportunities and employment benefits such as health insurance.

“Fleather is a viable alternative to animal leather,” Agarwal told media outlet Hindustan Times. “We convert floral waste into charcoal-free incense products. But last year, we decided to explore the development of animal-free leather. Intrigued by the formation of a leather-like white layer on unused piles of flowers, our research and development team discovered the growth of a microorganism which used flower petals as a nutritional source.” The team also discovered that flower leather contains chitin—an analog to leather’s durability component collagen—which makes the vegan material a viable substitute for animal skin. “We adapted the micro-organism to increase the thickness and strength of the fleather and better its texture. The tensile strength, elasticity, and sheer resistance of fleather is matching or is rather superior to that of traditional leather.”

From Lentil Oatmeal to Western Bacon Burger: Our Top Ten Vegan Recipes of the Day!