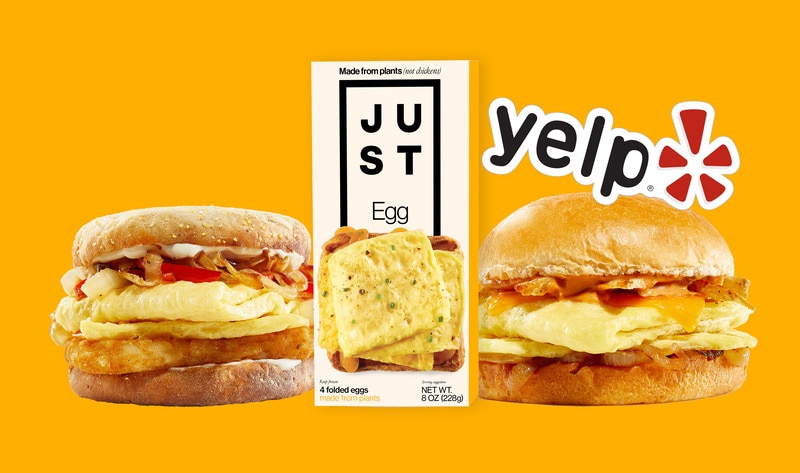 California-based food technology company Eat Just (formerly JUST) recently partnered with popular business review website Yelp to compile the all-time best places for omelets and breakfast sandwiches in the United States. The restaurants were identified by Yelp as having a larger concentration of reviews and then ranked using factors such as the total volume of reviews and ratings. As part of the initiative, JUST is sending 100 of those top-ranked restaurants a vegan JUST Egg starter kit, along with point-of-sale signage, digital assets, and free cases of JUST Egg to help them make their breakfast menus even better.

Yelp now reports an 84-percent increase in mentions of “plant based” in customer reviews. And in a recent poll of 2,000 adults—conducted by market research firm OnePoll and commissioned by JUST—over half of Americans are eating fewer animal products since the COVID-19 pandemic began. The survey also found that many respondents were going plant-based during breakfast versus other meals and more than 80 percent were open to trying a plant-based meal one day a week.

Lizzo Celebrates Six-Month Vegan Anniversary with a Message: “Love Yourself at Every Stage”