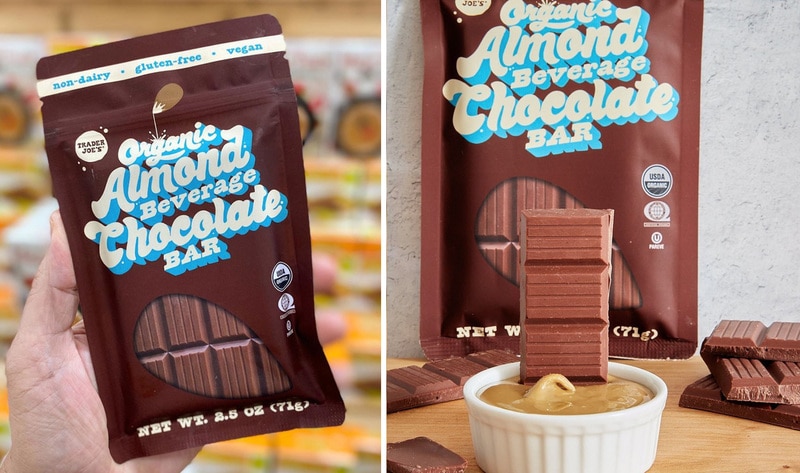 “Whatever your reason for dairy-ditching, there’s a plethora of pleasant milk alternatives—whether you want a bowl of cold cereal, or just to enjoy a chilled glass of ‘milk,’” Trader Joe’s said in its announcement of the new chocolate bar on Instagram. “But what about the real need to enjoy a milk chocolate bar? This Almond Beverage Chocolate Bar is the answer.”

The chocolate bar has been in development for several months and Trader Joe’s Marketing Director Tara Miller, announced in January that it had been approved by the chain’s testing panel. “It just tasted like really good creamy milk chocolate,” Miller described the bar. “And I feel like our vegan customers are going to absolutely flip for that particular bar.”