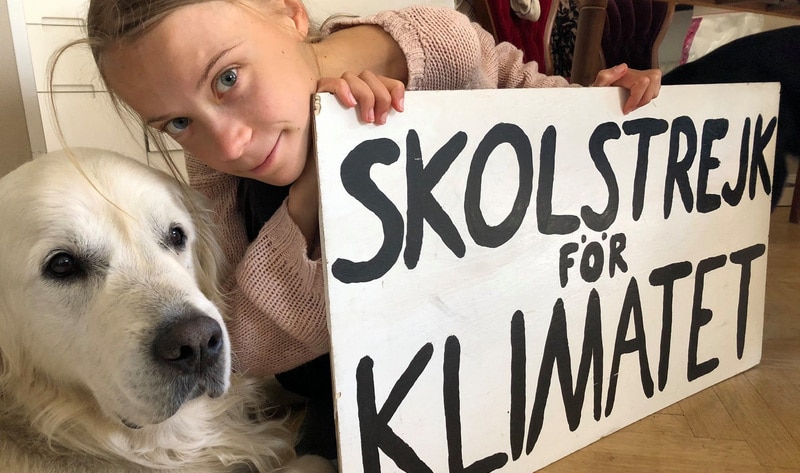 New Hulu documentary I Am Greta debuted this month at the 77th annual Venice Film Festival. Created by filmmaker Nathan Grossman, the documentary follows the young vegan activist from her initial one-girl climate strike in front of the Swedish parliament—when she ditched school to bring awareness to the climate crisis—to her influential role as the voice of global movement Fridays for Future. The documentary details Thunberg’s life from 2018 to 2019, including her two-week journey across the Atlantic in a racing yacht and follows the now 17-year-old as she writes, and delivers, some of her famous speeches, including at the United Nations.

Grossman worked to dispel some of the conspiracy theories and criticisms surrounding Thunberg, including that she is an angry, mentally ill child who screams at world leaders—a narrative perpetrated by high-level politicians in the United States. “That’s not the person I am,” Thunberg said in a video conference in between her school classes, which she resumed this year. “He [Grossman] definitely made me seem more like a shy, nerdy person, which is the person that I am.”

I Am Greta will be available to the public on Hulu on Friday, November 13.