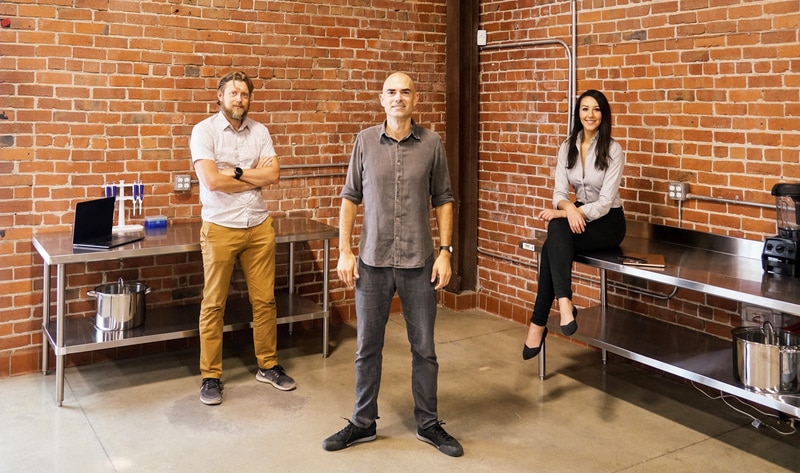 Berkeley, CA-based food technology startup Climax Foods recently closed a $7.5 million seed investment round to fund its mission of creating next-level plant-based foods with the mission of removing animals from the food system to prevent the future pandemics caused by the spread of zoonotic diseases. Climax Foods was founded by Oliver Zahn, PhD, who studied astrophysics at Harvard and most recently worked as a data scientist at Google and Impossible Foods. Using proprietary machine learning frameworks, the company will examine what makes animal products delicious at a molecular level and replicate those qualities using plants, starting with vegan alternatives to dairy cheese. “Aged cheese has been a challenging category but the data-driven approach of Climax Foods has created prototypes like nothing I’ve ever tasted on or off the market,” said Leah Volger from Manta Ray Ventures—an investment firm that participated in the seed round.

Climax Foods’ current team members also include Caroline Love (former sales lead at plant-based egg company Eat Just and an associate producer of The Game Changers); and biochemist Pavel Aronov (who previously worked for Impossible Foods). As for investors, Climax Foods counts GoogleX co-founder Tom Chi from One Ventures who believes the startup is uniquely situated to tap into the power of plants as viable replacements for animal products.

“Climax Foods is unlocking a frontier of how expressive we can be with plant-based foods. They are laying the foundation for a future where healthy, affordable, plant-based foods rival or even surpass the flavor of the animal-based foods they are replacing,” Chi said. “Beyond being delicious, the work is crucial for the transition away from unsustainable animal agriculture which drives massive habitat destruction and generates more than 25 percent of total greenhouse gas emissions.”

Zahn explains that 90 percent of all mammals and 70 percent of all birds on earth exist for the purpose of turning plants into food for humans (i.e. meat, dairy, and eggs), an approach that is wildly inefficient. “We are at a pivotal time where industrialization enabled explosive population growth and consumption of animal products,” Zahn said. “[The animal agriculture] industry is complex and wasteful, creating as much climate change as all modes of transportation combined, and using more than a third of the earth’s water and usable land. By speeding up food science innovation, Climax Foods is able to convert plants into equally craveable foods without the environmental impact.”

AOC Shares Her Thoughts on Biden’s Stance on Fracking