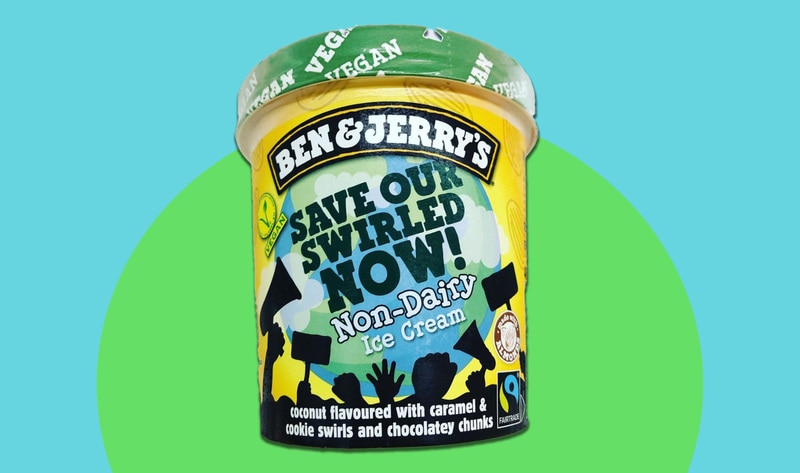 This month, Vermont-based ice cream company Ben & Jerry’s launched the Save Our Swirled Now! vegan flavor in the United Kingdom. The new climate-themed flavor—which was spotted at supermarket chain Sainsbury’s by Instagrammer @ordinary_vegan—features a coconut-flavored almond milk base with caramel and cookie swirls and chocolatey chunks.

After launching its vegan flavors in the United States in 2016, Ben & Jerry’s expanded its almond milk-based vegan pints in the United Kingdom in 2017, including Chocolate Fudge Brownie, Chunky Monkey, and Peanut Butter & Cookies. In 2018, the brand added Coconutterly Caramel’d—a vegan flavor that was exclusive to the UK but is no longer available under that name—to the lineup. The ingredients of the new Save Our Swirled Now! flavor are identical to the discontinued Coconutterly Caramel’d flavor.

VegNews has reached out to Ben & Jerry’s to inquire about the potential launch of a climate-themed vegan flavor in the United States.

From Southern Comfort Bowl to Spring Ramen: Our Top Eight Vegan Recipes of the Day!