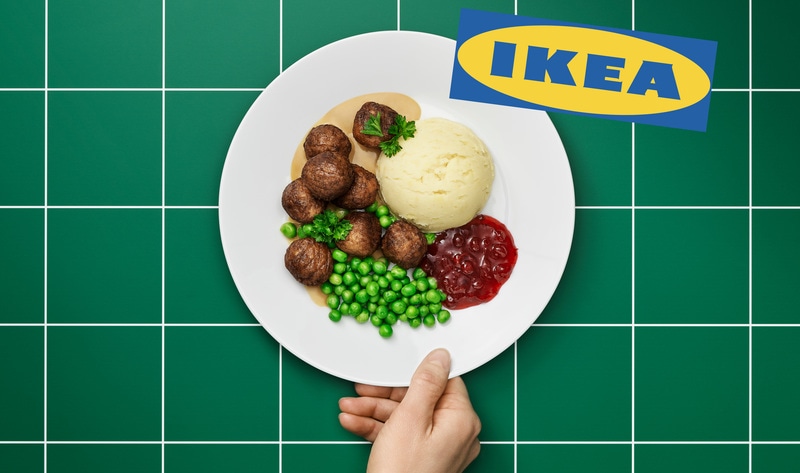 On October 6, furniture giant IKEA will launch its newest vegan meatballs at its stores across Australia. Dubbed the “plant ball,” the new option—which builds on an existing plant-based meatballs that IKEA launched in 2015—is made from yellow pea protein, oats, potatoes, onion, and apple. The new plant ball will be served with mashed potatoes, lingonberries, vegetables, and cream sauce (not vegan) and available for the same price as its meat-based counterpart.

To celebrate the launch of its plant balls in Australia, IKEA is hosting a dining series throughout September to promote the sustainable protein option—which has only four percent of the carbon footprint of its traditional Swedish meatballs. “We’re excited to be able to soon start offering a more sustainable option of our original meatball without compromising on the classic IKEA meatball experience,” IKEA spokesperson Bijanka Zubonja said. “Through the exclusive sustainable dining experiences, we’re able to provide the very first taste of the plant ball to Australians, as well as showcasing other sustainable food options in our menu in a way that’s never been done before.” A limited number of tickets ($25 per person) to the dining series are available to IKEA Family members.

After months in development, IKEA plans to add the new plant balls to its menus across the United States on September 28, following an August launch in Europe. The vegan meatballs will also launch in Singapore and Dubai in the coming months.

What is The Green New Deal and Should We Care About it?