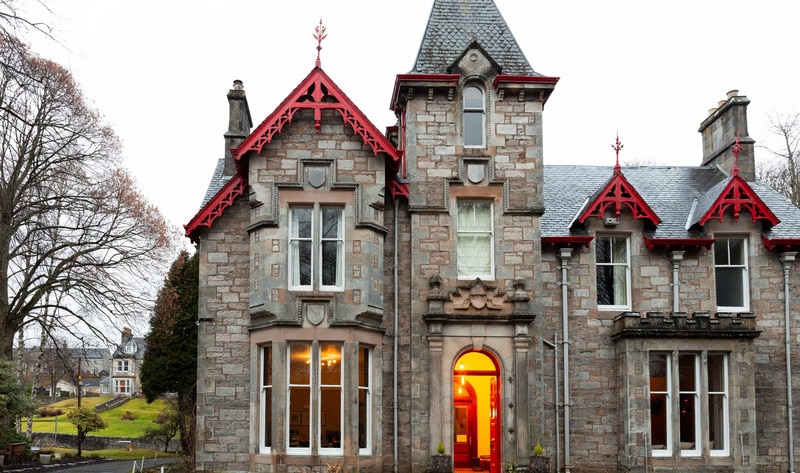 This year, vegan hotel Saorsa 1875 received the “Good Egg” award during National Geographic’s “Big Sleep 2020” awards. The award was given to the hotel—the first vegan hotel in the UK—due to its myriad sustainability initiatives, which include plant-based food and drink menus made from locally sourced ingredients, eco-conscious cleaning products, and cruelty-free furnishings.

“This luxuriously revamped, 11-room Victorian baronial pile in Highland Perthshire is the UK’s first vegan hotel,” National Geographic describes Saorsa 1875, which it named one of its top 48 new hotels in the world. “It goes far beyond just sustainable, plant-focused grub: everything here is vegan, from the booze in the hotel bar to the cleaning products and upcycled furniture in the lounge. Naturally, the heating comes from 100-percent renewable energy. Meanwhile, in the kitchen, Australian chef Deborah Fleck conjures up five-course dining extravaganzas using produce sourced locally or from the hotel’s gardens, with a tree planted (via Green Earth Appeal) for every dinner served.”

Saorsa 1875 was founded by mother-and-son duo Sandra and Jack McLaren-Stewart and opened its doors in Scotland in June 2019. “We wanted to create a space where everybody—vegans and otherwise—can come together to celebrate the incredible innovation and diversity that we’re seeing across the movement,” Sandra McLaren-Stewart said. “This isn’t about abstinence or sacrifice, it’s an environment where guests can experience amazing food, drink, and design that doesn’t come at the expense of our fellow animals.”

The 30 Best Vegan Yogurts You Have to Try: Definitive Guide