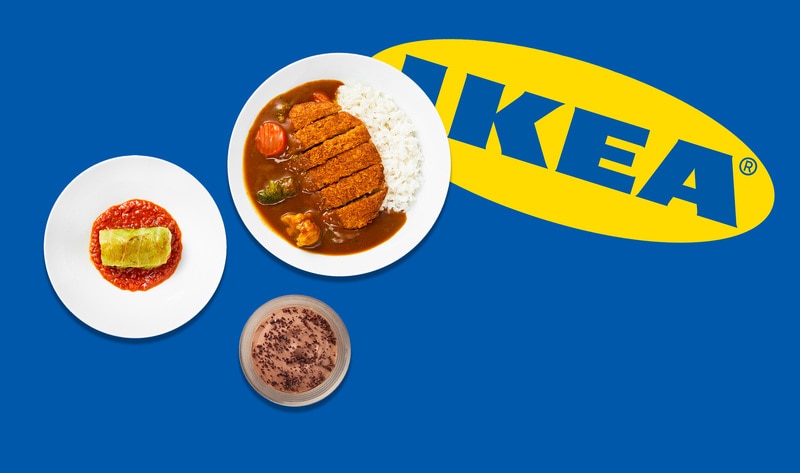 This month, furniture giant IKEA added a variety of plant-based meal options to its stores in Japan, including a vegan version of katsu curry made with a soy cutlet instead of traditional pork or chicken. IKEA Japan now also offers vegan cabbage rolls, plant-based lasagne, kebab salads and wraps, and vegan hot dogs (which it debuted in the United States in 2018). For dessert, IKEA Japan added plant-based chocolate mousse to complement its existing vegan offerings, including strawberry soft serve—which it also serves as a sundae in Japan. The new vegan katsu curry is not available at its Harajuku store.

The menu updates are part of IKEA’s global commitment to improve its sustainability efforts. Outside of Japan, IKEA is expanding the availability of its new “plant balls”—vegan meatballs that build on IKEA’s existing plant-based meatballs launched in 2015—that are made from yellow pea protein, oats, potatoes, onion, and apple. IKEA launched the new vegan meatballs at European stores in August and is expanding them to its in-store restaurants in the United States on September 28 and Australia on October 6 (around the time when they will launch in Japan, as well), with launches in Dubai and Singapore expected in the coming months.