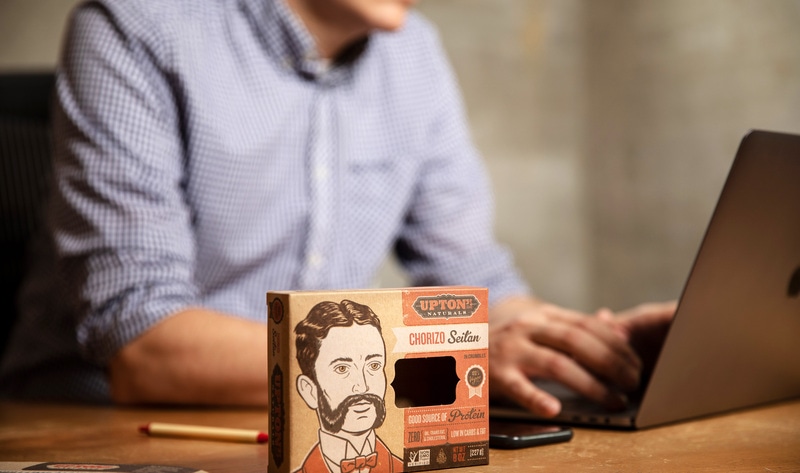 This week, Chicago-based vegan brand Upton’s Naturals—together with trade group Plant Based Food Association (PBFA) and the Institute for Justice (IJ)—filed a federal lawsuit against the state of Oklahoma to challenge the constitutionality of The Oklahoma Meat Consumer Protection Act (OMCPA), which goes into effect on November 1, 2020. Drafted by Oklahoma Cattlemen’s Association and introduced in the state legislature by cattle rancher Toni Hesenbeck, the legislation requires companies who sell plant-based meat products in the state to display qualifiers such as “vegan” and “plant-based” on their packaging in the same type size and prominence as the name of the product. To comply with OMCPA, companies such as Upton’s would have to invest significant funds to repackage the products they sell in Oklahoma.

The lawsuit was filed on the grounds that such a requirement violates corporate First Amendment free speech rights and is akin to forcing vegan products to be labeled with oversized disclaimers previously reserved for the tobacco and alcohol industries. “Oklahoma is treating safe and healthy plant-based meat alternatives like they are cigarettes,” IJ Attorney Milad Emam said. “This new law won’t tell consumers anything they don’t already know, but it will have a devastating effect on vegan and vegetarian food companies, since their perfectly honest and understandable labels will now be illegal in Oklahoma. This law, which was passed to prevent competition with the meat industry, clearly violates the First Amendment.”

Founded in 2006 by Daniel Staackmann, Upton’s—a founding board member of PBFA—specializes in seitan- and jackfruit-based vegan meats, packaged meals, and recently debuted a line of meaty vegan soups. Upton’s products are distributed nationwide, including at Whole Foods Markets in Oklahoma. “Our labels are perfectly clear that our food is 100-percent vegan,” said Staackmann. “But now our meat industry competitors in Oklahoma want to force us to redesign our labels as if our safe, healthy products were potentially harmful. It’s not the first time we’ve had to fight a state law created by our competitors, and we look forward again to defending our First Amendment right to clearly communicate with our customers.”

In Mississippi, a meat industry-backed law (SB 2922) was scheduled to go into effect in July 2019 and aimed to prohibit the use of terms such as “vegan burger,” “plant-based bacon,” and “meatless beef” to describe plant-based products. After Upton’s, IJ, and PBFA filed a similar lawsuit against Mississippi, the state’s Department of Agriculture reversed the legislation allowing plant-based companies to use those terms.

“The plant-based meat category is on fire right now, with consumers demanding healthier and more sustainable options as alternatives to animal products,” PBFA Executive Director Michele Simon said. “Oklahoma’s law, along with similar laws in several other states, is the meat lobby’s anti-competitive response to the increased consumer demand for plant-based options. Whatever happened to free-market competition? We are proud to stand with Upton’s Naturals and the Institute for Justice to protect PBFA members’ First Amendment rights to clearly communicate to consumers.”