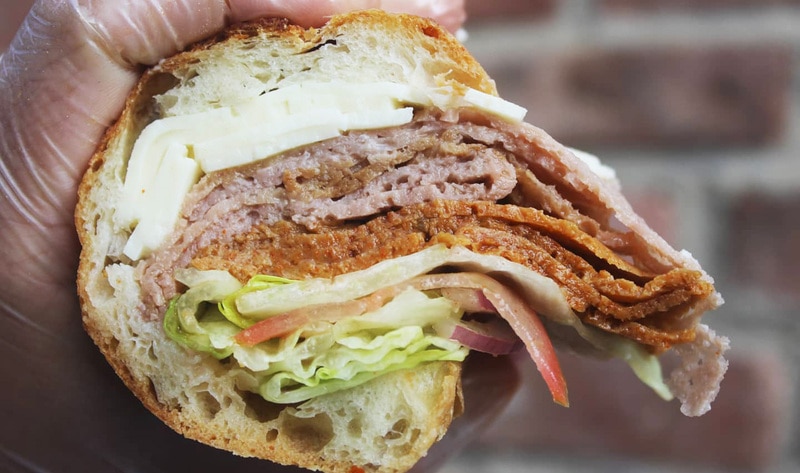 This week, Brooklyn-based business Louie’s Luncheonette made its vegan cold cuts available for delivery in the New York City metropolitan area through its digital deli counter—with a nationwide launch expected later this year. Shoppers can now purchase the brand’s ham, turkey, pepperoni, and barbecue chicken, which comes packed in eco-friendly materials. After going vegetarian in 2016, the company’s co-founder Louie Catizone—who is now vegan—developed the plant-based meats (made from garbanzo flour and wheat gluten) to satisfy his own desire for animal-free analogs of his childhood favorites.

“Like so many others, I found myself seeking out those nostalgic flavors from my childhood, and quickly felt a large void from a lack of options in the category,” Catizone said. “Too often people tell me that they want to take steps to change their diet but aren’t sure where to start. With Louie’s Luncheonette, we aim to provide delicious tools that help individuals make that change—whether big or small.”

This summer, Louie and his brother Matt Catizone operated Louie’s Luncheonette as a pop-up in Brooklyn, serving deli sandwiches made with its plant-based meats—which sold out within hours. Customers can also pick up orders of cold cuts locally in the Greenpoint neighborhood in Brooklyn.

UK Pollution has Decreased Significantly Due to Coronavirus Measures

From Pulled ‘Pork’ Sandwiches to Boston Cream Doughnut: Our Top Eight Vegan Recipes of the Day!