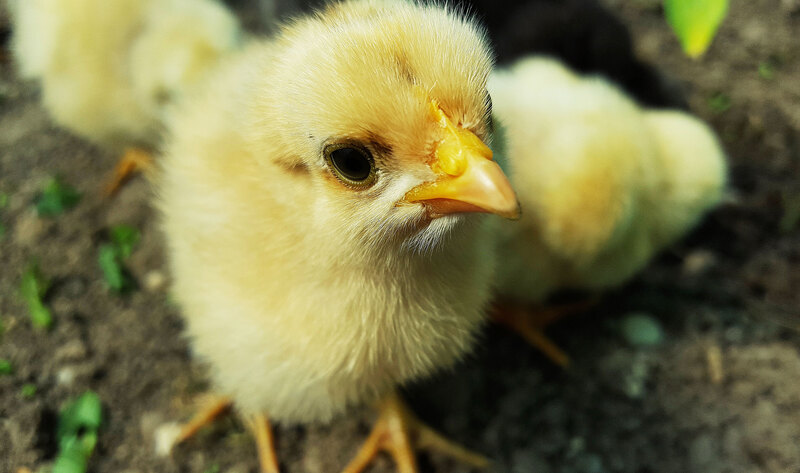 The largest-ever study on the treatment of chickens in the meat industry was recently released by Global Animal Partnership—a non-profit organization that aims to improve farm animal welfare standards. The study, called “In Pursuit of a Better Broiler: A Comprehensive Study on 16 Strains of Broiler Chickens Differing in Growth Rates” and undertaken by researchers at the University of Guelph in Ontario, followed 7,500 chickens for two years. Specifically, it studied the effects of genetically manipulated rapid growth that turns newly hatched chicks into full-grown chickens within six weeks—the equivalent of a two-month-old human baby weighing 660 pounds.

For the study, some chickens were outfitted with activity monitors on their backs to measure their agility, while others were given an obstacle course to see if the birds were mobile enough to get to their food and water. Researchers found that these common, fast-growing strains of chickens had difficulty moving and suffered from sores, higher biochemical markers of muscle damage, and disproportionate heart and lung development. An affliction called “wooden breast”—the hardening of the chicken’s breast that makes it feel almost like wood—was severe the faster the chickens grew. The study summary noted that a fast growth rate coupled with high breast yield is associated with poor welfare outcomes.

“When we purchase poultry meat it comes from a chicken who suffered horrendous inflictions. The genetic manipulation of these birds leading to constant pain and agony is shameful,” Josh Balk, vice president of Farm Animal Protection at The Humane Society of the United States, said. “Restaurants and grocery stores must mandate that their chicken suppliers do better and allow their chickens to grow at a more natural rate. That’s the least we owe these animals who are currently treated as if they’re unfeeling, inanimate objects.”

Global Animal Partnership hopes the study will make a significant contribution to the scientific literature across many fields and play a role in pursuing better welfare for chickens.

Everything You Need to Know About the Dairy-Acne Connection

Beyond Meat Donates One Million Plant-Based Burgers to Healthcare Workers