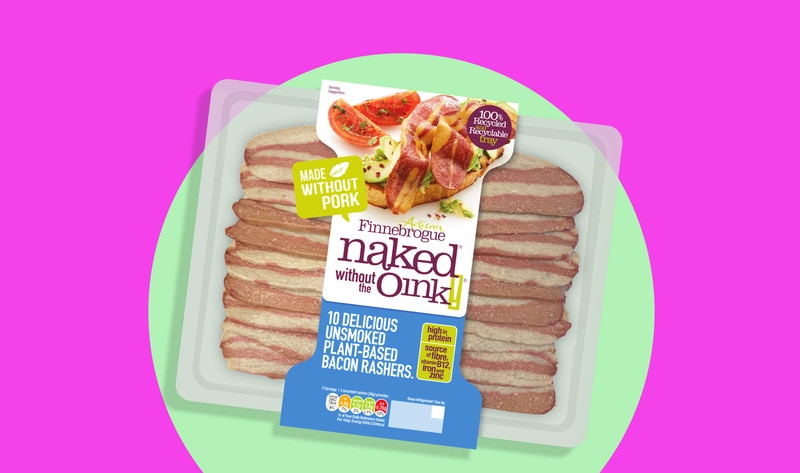 This week, Irish food brand Finnebrogue Artisan—known for meat products such as sausage and bacon—is launching vegan bacon at 600 Tesco stores across the United Kingdom. The brand’s new Naked “Without the Oink” Bacon is fortified with vitamins and minerals, including B12, zinc, and iron, and will be sold in packs of 10 “rashers” for a suggested price of £3.00 ($3.85).

“We looked at what was wrong with the plant-based bacon products already on supermarket shelves in order to figure out how to make our plant-based bacon the best it can be,” Finnebrogue Chairman Denis Lynn told The Grocer. “There really is nothing like the taste and smell of proper bacon—but these delicious rashers are meat-free so absolutely everyone can be part of that special bacon eating experience. It’s not quite the same as the real thing, but we think it’s getting there.”

The new vegan bacon is an expansion of Finnebrogue’s plant-based version of its Naked meat line, which it launched in May at supermarket chain Waitrose with burgers, meatballs, and sausages.

5 Reasons Why I Eat the Beyond Burger (Spoiler Alert: It Has Nothing to Do With Nutrition)