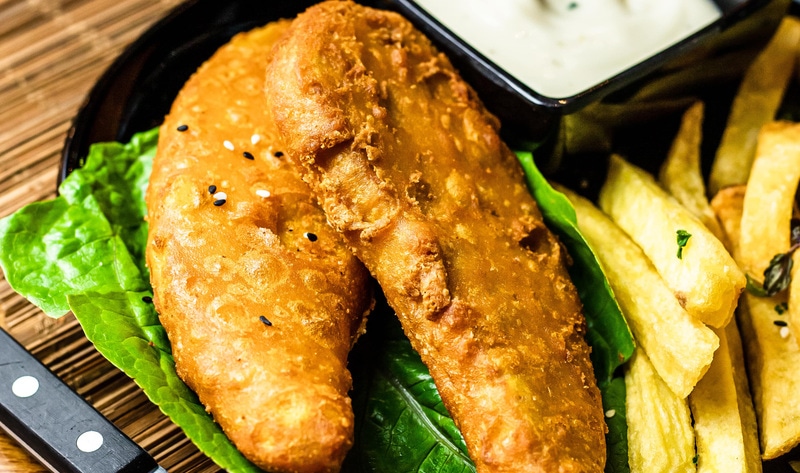 Dutch brand Vegan ZeaStar will soon launch its newest product: a plant-based version of cod fish (or “lekkerbek” in Dutch). The new vegan fish was developed with the same flakey texture as its animal-derived counterpart but without the need to deplete the world’s oceans in the name of fish and chips. To complement its vegan cod, the company also developed a vegan remoulade sauce similar to those that accompany traditional “De lekkerbek”—a Dutch version of fish and chips.

Vegan ZeaStar is a brand owned by parent company Vegan Finest Foods BV (a collaboration between consulting firm Vegan XL and popular Netherlands-based restaurant chain Vegan Junk Food Bar). The company also makes “No Tuna” (a tuna alternative) and “Zalmon” (a salmon alternative), which are available at retailers throughout the United Kingdom and on select restaurant menus. “Our mission is to get frequent fish-eaters hooked on vegan fish, too,” Vegan Finest Foods co-founder Rody van Kuijen said. “The biggest challenge in creating sustainable fish substitutes is getting the texture right. We have invested a lot of time into developing the typical fishy and flaky texture. The first reactions are very positive and now everyone can taste our first vegan cod.”

The new vegan cod will be available in early October at restaurant chain De Beren and Vegan Junk Food Bar before expanding to other restaurants in the Netherlands and internationally to the United Kingdom. Vegan Fine Foods plans to launch additional plant-based seafood products within the next six months to support its mission of saving the world’s oceans.