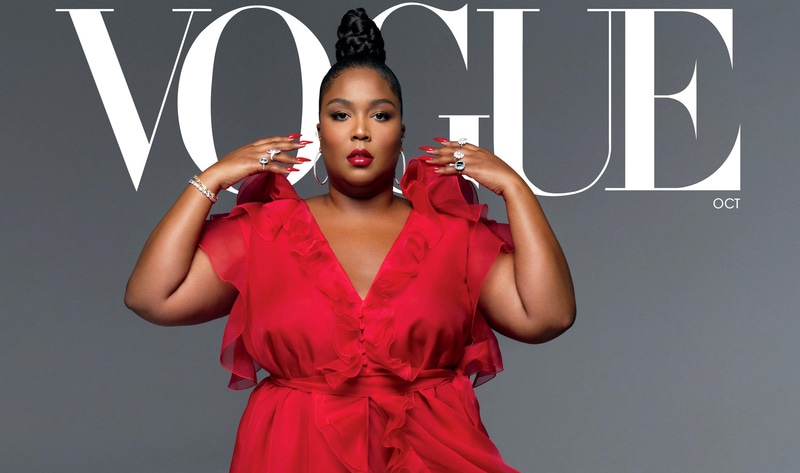 I am the first big black woman on the cover of @voguemagazine. The first black anything feels overdue. But our time has come. To all my black girls, if someone like you hasn’t done it yet— BE THE FIRST. Shot by: @hypewilliams Story by: Claudia Rankine. Thank you Anna Wintour & @sergiokletnoy.

Inside the issue, Lizzo discusses a variety of issues, including the beginning of her career in Minneapolis, the inspiration behind her songs, normalizing bodies that look like hers, and her experiences as a Black woman in the music industry and the world as a whole. “Having a Black woman as vice president would be great,” Lizzo told Vogue. “I’m just always rooting for Black people. But I want actual change to happen. In the laws. Not a temporary fix to a deep-rooted, systemic issue.”

In June, Lizzo revealed to her 8.7 million TikTok followers that she is vegan. Throughout the COVID-19 lockdown, the musician has continued to use her fame to promote racial justice and veganism, sharing a variety of plant-based recipes on her social media accounts, including her spicy vegan take on McDonald’s McChicken sandwich, Jamaican patties, and vegan ice cream bread made with Ben & Jerry’s new Netflix & Chilll’d non-dairy ice cream flavor.