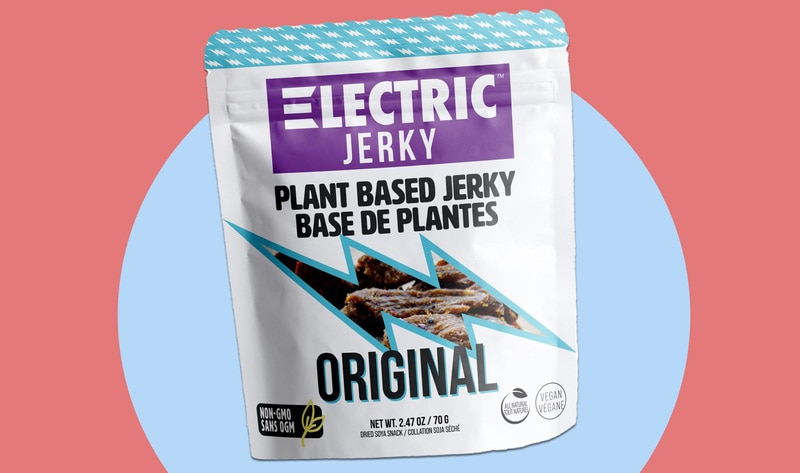 ELECTRIC Snack Brands was started by a group of friends and researchers from the biotech and food technology startup industry, including main co-founders Danielle Capri and Danica Whitfield. Their initial goal was to develop a natural flavor additive that would elicit a brain response similar to meat, but they decided to take it a step further and bring the flavor they developed to an alternative meat product. They chose to create beef jerky because it was a snack the creators missed and one of the few meat products that is eaten as meat alone—unlike a burger, which is typically eaten with condiments and a bun. “There are a lot of great plant-based products out there, but to truly win over meat eaters, we need to appeal to them on a more ‘primal brain’ level,” Capri told VegNews.

Starting in late fall, ELECTRIC Jerky will be available on Amazon and the company’s website. ELECTRIC is taking a direct-to-consumer approach so it can use consumer feedback when creating future versions of the product.

Petition: Tell Aquariums to Phase Out the Use of Real Animals for Robotic Ones