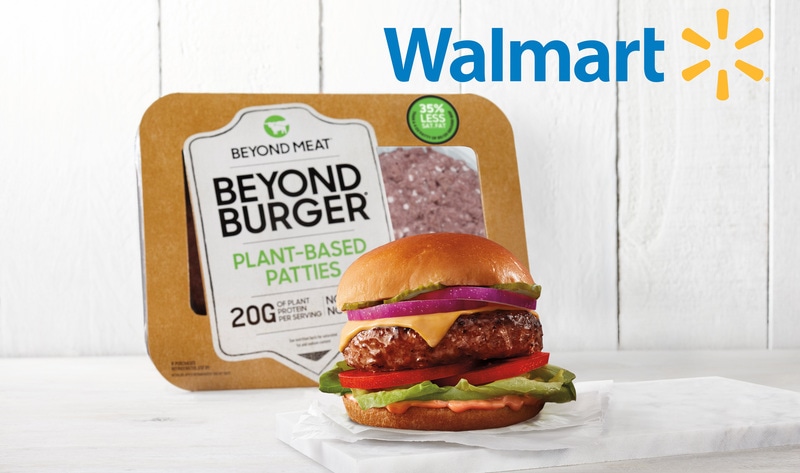 Next week, the vegan Beyond Burger will be available at more than 2,400 Walmart locations nationwide. Beyond Meat first partnered with Walmart in 2015 and this move triples its footprint at the affordable retailer—which offered Beyond Meat’s Cookout Classic, a bulk-pack of Beyond Burgers that cost approximately $1.60 per patty, this summer. “Walmart has been a terrific partner and we’re excited to strengthen that partnership in depth and breadth as we look to offer more Beyond Meat products at more Walmart locations, furthering our commitment to increasing accessibility of plant-based meat,” Beyond Meat Chief Growth Officer Chuck Muth said.

Beyond Meat is also currently expanding its Beyond Breakfast Sausage to 5,000 retail locations including Kroger, Super Target, Walmart, Publix, and Harris Teeter nationwide—which doubles the retail footprint of its vegan breakfast patties. Earlier this month, the company also launched its newest product, Beyond Meatballs, at select national retailers with expanded retail distribution planned for October.

Beyond Meat products are now available at more than 112,000 retail and foodservice outlets in 85 countries worldwide.

Soy Consumption and Deforestation: 75 Percent of Soybean Crop Grown in the Amazon is Feed to Livestock

From Pink Pasta to Almond Caramel Cupcakes: Our Top 10 Recipes of the Day!