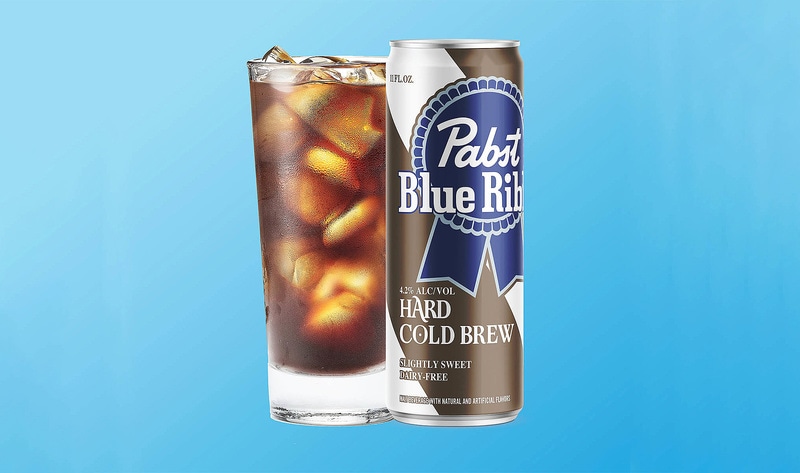 “Pabst Blue Ribbon helped pioneer a new category in 2019 with the launch of Hard Coffee. Since then it’s become a sensation, with fans across America showcasing their enthusiasm for it at all times of day and night, by pouring it over cereal, baking it into cakes and, of course, enjoying it ice-cold straight from the can,” the brand stated. “This fall, marking National Coffee Day (September 29), Pabst Blue Ribbon will once again reinvigorate the Hard Coffee space, with the launch of Hard Cold Brew. Cold-brewed coffee has become a fast favorite with coffee drinkers in America in the last few years, beloved for its sweeter smoother taste. Pabst Blue Ribbon’s Hard Cold Brew delivers a delicious black cold-brewed coffee with a kick.”

The new PBR Hard Cold Brew will initially only be available in four states (Wisconsin, Ohio, Pennsylvania, and Illinois) and if it performs as well as its dairy-based Hard Coffee, may expand nationwide.