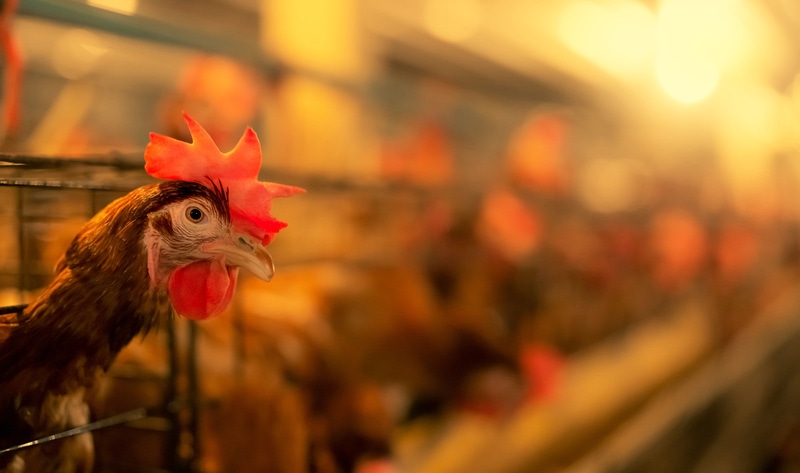 Intensive animal agriculture is a breeding ground for future pandemics similar to COVID-19, a white paper published this week by Humane Society International (HSI) warns. The current COVID-19 pandemic is thought to have originated from a “wet” animal market in Wuhan, China, where wild and domesticated animals are slaughtered. HSI points out that factory farms are similar to wet animal markets in that they are a “petri dish” of pathogens and have previously sparked zoonotic diseases such as H5N1 (avian flu) and H1N1 (swine flu), among others.

“Since news broke that COVID-19 likely originated in a live animal market where stressed animals are crowded in cages, in unsanitary conditions, we began examining what other human exploitation of animals could create a similar petri dish of disease,” Julie Janovsky, HSI Vice President of Farm Animal Campaigns, said. “It’s clear looking at the data that the unprecedented increase and Expansion of Intensive Animal Agriculture, mostly on factory farms, in which we raise and slaughter more than 80 billion animals around the world every year, is a clear front-runner. The message is simple: if we want to stop future pandemics, we have to significantly kick the meat habit, and global leaders need to actively assist in shifting global diets towards more plant-based eating.”

“If we study past outbreaks of animal to human disease, we can see a pattern emerge that clearly identifies intensive animal farming as a key culprit,” Sara Shields, HSI Farm Animal Senior Scientist, said. “We can make our world less vulnerable to future pandemics, but only by reevaluating animal agriculture and shifting more to plant-based sources of protein. To do this requires governments to actively engage in rebalancing our food system, but as consumers we are also directly responsible for the impacts of our food choices.”

To prevent future pandemics, HSI is currently urging and campaigning for a reduction of a global reliance on animal-derived protein, public policies that promote the production of plant-based protein, laws that protect ecosystems from agricultural expansion, and other initiatives that aim to dismantle industrial agriculture. “COVID-19 has shown clearly that we cannot keep pushing animals to the limit of their endurance and expect to remain isolated from the effects,” HSI UK Executive Director Claire Bass said. “Consumers have already begun this revolution, the plant-based food market is booming, so whether by swapping out beef burgers with veggie burgers that mimic the taste and texture of meat, or using plant milks in place of dairy milk, it’s a critical time to make conscientious diet decisions that will lead to better outcomes for the health of animals, humans, and the planet.”