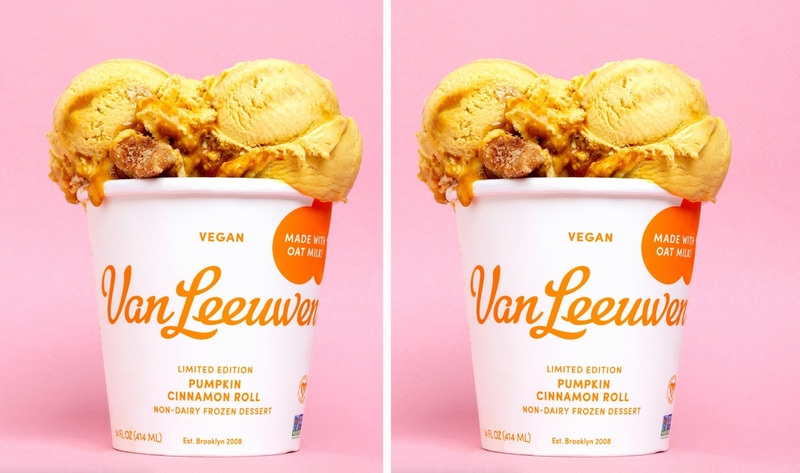 Founded as a truck in Brooklyn in 2008, the brand now operates 22 scoop shops in New York City and Los Angeles. In 2013, Van Leeuwen added its first coconut-based vegan ice cream in two flavors (chocolate and vanilla). It has since innovated its offerings to include an entire vegan lineup with flavors such as Salted Caramel, Chocolate Chip Cookie Dough, and Toasted Coconut Blondie, with special flavors previously offered in honor of various holidays such as Earth Month and Popeye’s 90th Birthday.