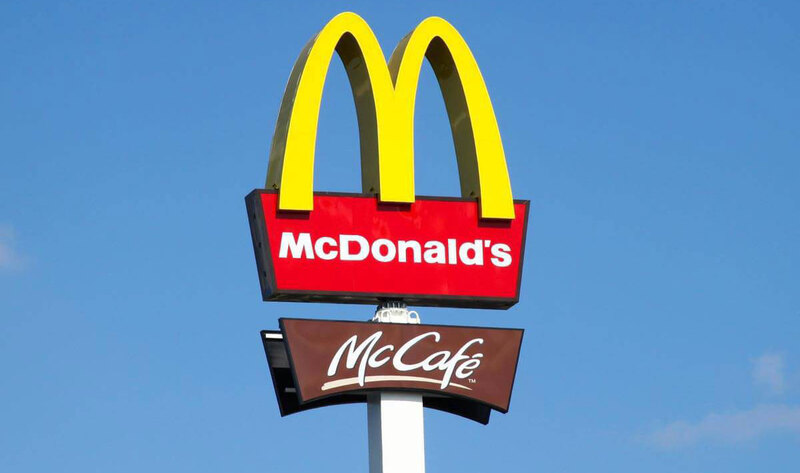 McDonald’s restaurants in the United Kingdom may soon serve a new vegan cheeseburger made with a Beyond Burger patty, according to local media outlet Vegan Food UK. The outlet shared an image from a survey taken by a person at McDonald’s in the UK, explaining that the news was not officially confirmed by McDonald’s. According to the image, the new vegan burger would feature a Beyond Meat patty, a slice of vegan cheese, vegan mayo, lettuce, pickles, onions, and tomato, all served on a sesame bun with mustard and ketchup. The shared post indicates that the burger would be “vegan certified” and no launch date or price has been released.

BREAKING: it would appear that @mcdonaldsuk are launching a Vegan Cheeseburger 🍔 😋 💕 (EDIT: this image is from a survey that someone had from McDonald’s in the UK. Nothing is official until McDonald’s say so 🙂) …… TAG SOME PEOPLE THAT NEED TO KNOW We arent sure of launch date yet*, but we know they have had this in the pipeline for a while** The new burger will consist of: 🍔@beyondmeat Patty 🍔Slice of Vegan Cheese 🍔Vegan mayo 🍔Lettuce, Pickles, Tomato 🍔Onions, Ketchup, Mustard 🍔In a seeded bun And it will be vegan certified Business Insider published an article last year saying that a Beyond Buger was coming to McDonald’s in the UK, but that it wouldn’t be vegan because of using the same grill. But we wonder what is happening now as it says “Vegan Certified” For more updates on this, including prices and launch date, Follow @vegan_food_uk 💚🍔 *for the record, this isn’t an official piece of news from McDonald’s, we hope that will come soon. We heard word about McDonald’s planning a Beyond Burger some months ago from insiders. Since then we have been waiting on photographic evidence that we can use to substantiate the news. Sorry it took so long, but good news regardless. **nothing is official until McDonald’s themselves make a statement about this, but we want to bring you updates when we have them

According to a statement sent by McDonald’s to British media outlet Plant Based News, the fast-food chain is “always looking to develop new and exciting products for our customers looking to reduce their meat consumption.” However, McDonald’s UK did not confirm the launch of the Beyond Burger option. VegNews has reached out to Beyond Meat for comment.

The fast-food giant currently offers vegan options in several countries, including The Big Vegan TS in Germany (made with Nestle’s plant-based Sensational Burger patty); the McVegan and McFalafel in the Nordic region; and breaded nuggets in Norway. Last year, McDonald’s added its first vegan happy meal—a wrap filled with shredded lettuce, ketchup, and meatless chicken fingers—to its UK locations, along with an adult-sized Spicy Veggie Wrap. Last year, McDonald’s partnered with Beyond Meat on a limited-time test of the P.L.T (Plant, Lettuce, and Tomato) meatless burger at 28 locations in Ontario, Canada before expanding the test (which has now concluded) to 52 Canadian locations earlier this year.

Stateside, McDonald’s has not tested vegan options. However, during an interview in May, McDonald’s Corporation CEO Chris Kempczinski indiciated that plant-based options could be on the way in the United States. “I certainly expect that over time that you will see plant-based [food] on the McDonald’s menu,” Kempczinski said, adding, “I think there are going to be some countries that are further along on that than others but I do expect that we will have plant-based on the menu, it’s just a question of when.”