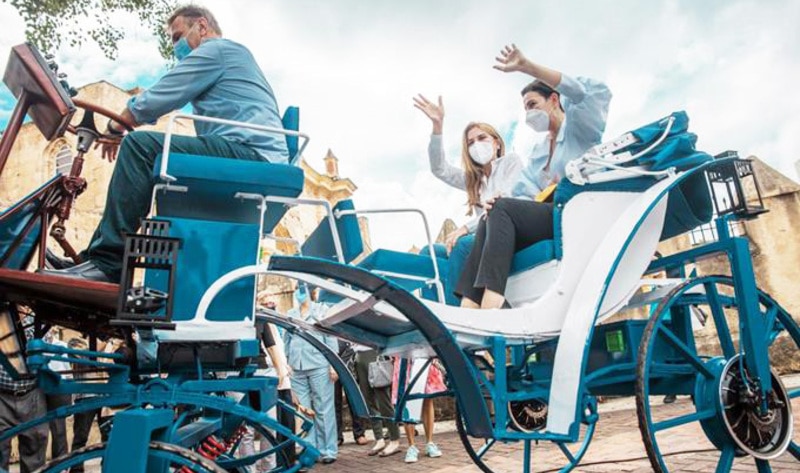 Last week, Santo Domingo—the capital city of the Dominican Republic—began replacing its horse-drawn carriages with electric versions in its Ciudad Colonial neighborhood, in an effort to modernize the archaic tourism attraction for the betterment of animals. Mayor Carolina Mejía—the first female mayor of Santo Domingo—led the joint effort along with the  Santo Domingo Tourism Cluster, the Inter-American Development Bank (IDB), the Ministry of Tourism, Ministry of Culture, and the Banco Popular Dominicano.

“This beautiful project will give an air of modernity to this city, amid this historic architecture … the [electric] tour of the colonial city will be an attraction that adds value to Santo Domingo,” Mejía said during the unveiling of the new, horseless carriages in front of City Hall. The mayor plans to modify 11 horse-drawn carriages to be fully electric—which last for 31 miles when fully charged and move at a speed of 12 miles per hour—and expand them to other tourist towns. The move allows operators of horse-drawn carriages to continue working in the industry and spares horses from being exploited for tourism.