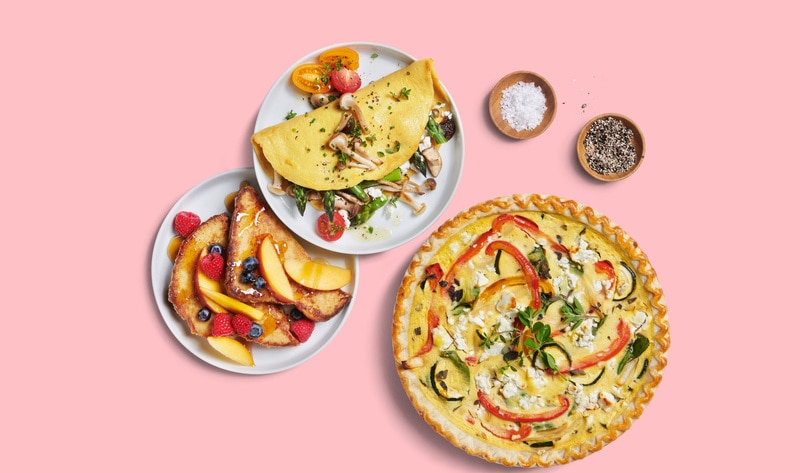 Tomorrow, food tech startup Zero Egg will launch its all-purpose, plant-based egg in the United States. Available to foodservice operators and food manufacturers, Zero Egg is made of a blend of plant proteins, including soy, potato, pea, and chickpea, and offers two products in powder form: EGG Basics (made to rival chicken eggs in traditional egg entrées and breakfast dishes) and BAKE Basics (developed for specialty baking).

Co-founded by Liron Nimrodi in Israel in 2018, Zero Egg’s mission is to offer a sustainable product that uses radically less land, water, and energy and produces significantly less greenhouse gas emissions than its animal analog. According to the company, it takes 636 gallons of water to produce a dozen chicken eggs and 93 percent less water to produce the equivalent of one dozen plant-based eggs with Zero Egg.

“Zero Egg is a game-changer because we are working with major foodservice players and food manufacturers to transform the industry by not only making plant-based food more accessible, but the norm,” Nimrodi said. “Designed with a clean taste and a texture to be used in a wide variety of dishes where eggs are traditionally used, Zero Egg offers increased flexibility and affordability.”

In addition to the US, Zero Egg is also distributed in Israel and Europe. The startup plans to launch a consumer version in the retail sector next year.

How to Get Creative with Aluminum Foil