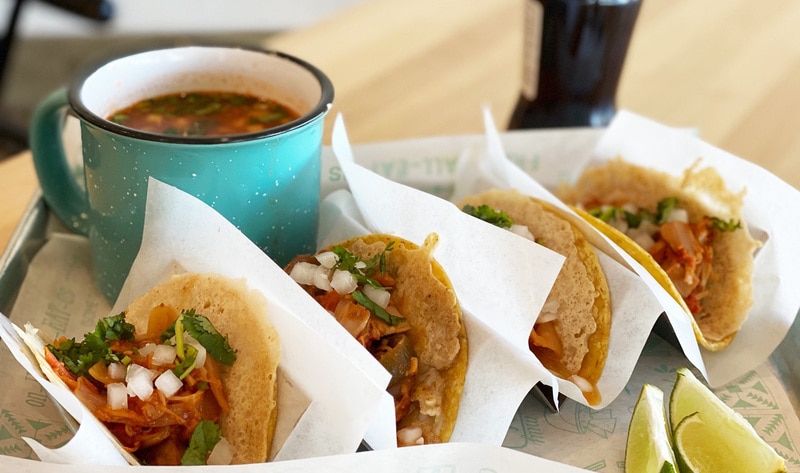 Las Vegas-based vegan taco shop Tacotarian is now serving a vegan version of goat (“birria”) tacos. The innovative dish was a monthly special—20 percent of sales of which are donated to local animal-rights charities—but gained so much popularity that Tacotarian is keeping it on the menu for the rest of the year. “I saw that birria tacos were gaining popularity on social media. I used to eat them growing up on the weekends in Mexico,” Tacotarian co-founder Carlos Corral said. “There, we eat birria tacos on the weekends, kind of like a hangover cure. I just knew if we veganized them people would go crazy.”

Tacotarian’s version of birria is enveloped in a tortilla, topped with vegan cheese from GOOD PLANeT Foods, and comes with a dipping broth that enhances the meat’s bold, spicy flavors. “The reaction to adding these tacos to the menu has been overwhelming,” Tacotarian co-founder Regina Simmons said. “People are eating them every single day since the special launched; they can’t get enough.”

Tacotarian—the mission of which is to “turn Vegas vegan one taco at a time”—opened its first location in Las Vegas in 2019 and its second location last year. The business has sold more than 100,000 vegan tacos to date.