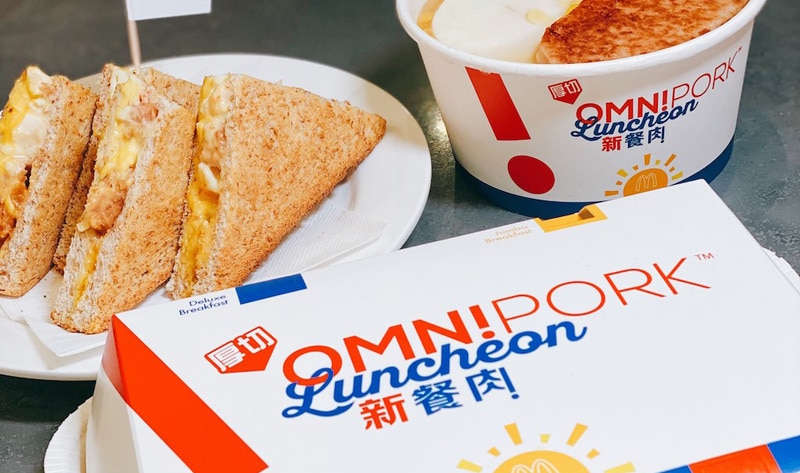 On October 13, McDonald’s will add vegan SPAM to its menus across 280 locations in Hong Kong and Macau and an additional 122 McCafé outlets in the region. The vegan meat, made by local brand OmniFoods, will be featured in a variety of vegetarian dishes, including a breakfast platter, egg ciabatta sandwich, toastie, burger, and pasta. All of the dishes are meatless but include other non-vegan components such as eggs, mayonnaise, and cheese.

“We are extremely excited to have OmniPork Luncheon available in this leading restaurant chain,” Yeung said. “With its extensive restaurant outlets in Hong Kong and Macau, we hope more customers can indulge without guilt and embrace [the] green lifestyle anywhere and anytime.”

In June, Yeung helped another chain, Kentucky Fried Chicken (KFC), to create its “New Era” menu which features nuggets made by United States-based Alpha Foods and a burger (which is served with dairy cheese) made with a Gardein patty. OmniFoods’ vegan pork OmniPork is also on the menu, alongside Oatly vegan oat milk and Beyond Meat’s vegan products, at 4,200 locations of Starbucks across China.