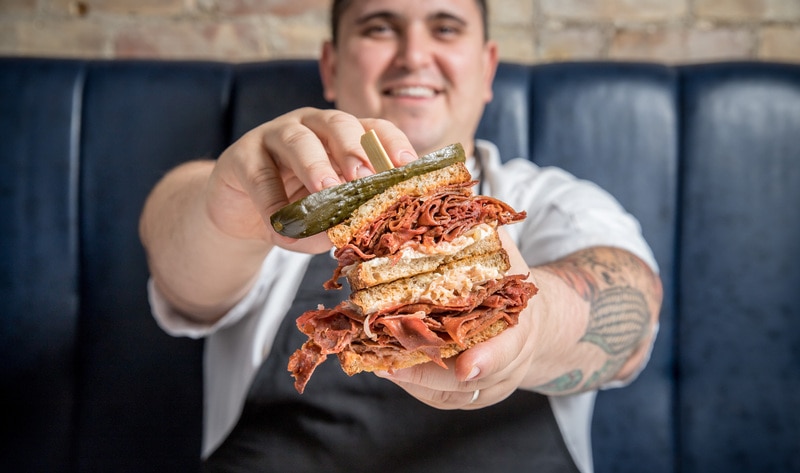 Next month, Canadian vegan fast-casual chain Copper Branch will launch the new Reuben sandwich in partnership with esteemed vegan chef and cookbook author Doug McNish. The sandwich—which will be available at all 65 Copper Branch locations across Canada—is made with marinated and spiced seitan corned beef topped with a vegan Russian dressing on Rye bread. The eatery will also introduce its #FollowTheReubenAcrossCanada campaign, which will share photos of customers enjoying the sandwich across the country.

“I am so proud and honored to be working with the esteemed team at Copper Branch to help launch my Reuben Sandwich nationally,” McNish said. “We want you to #FollowtheReuben across Canada and show us your pics.”