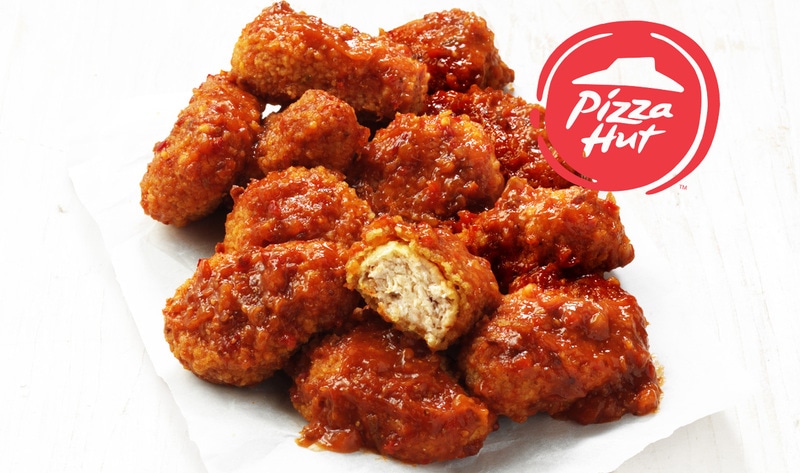 International fast-food chain Pizza Hut recently added vegan wings to its WingStreet menu in locations across Australia. The new, wheat-based vegan wings—which are shaped similar to nuggets—can be ordered with five vegan dipping sauces: Chipotle, Buffalo, Smoky BBQ, Hickory & Brown Sugar, and Hot Chili. “We developed our new wing choices so that there are more menu options for different palettes, because there isn’t a ‘one size fits all’ when it comes to dinner time. And nor should there be,” Pizza Hut Australia described the vegan wings. “Perfect for those who like to dabble in the plant-based life, those who love our vegan and vegetarian ranges already, or who just follow a full vegan diet. Tempt yourself and try something new, we absolutely love them.”