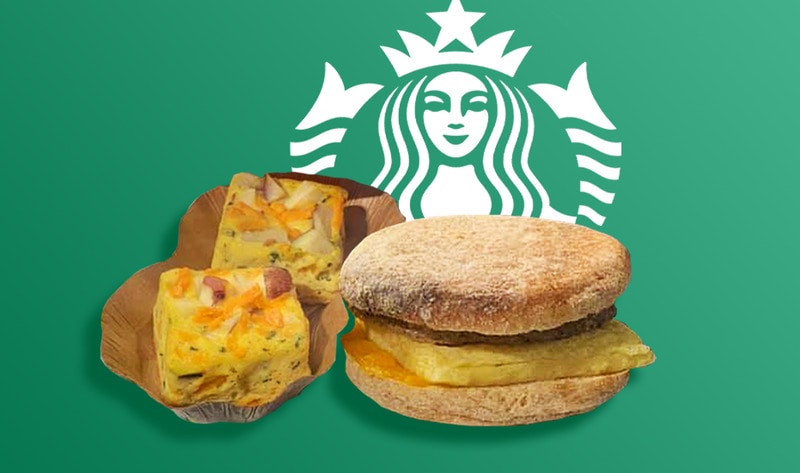 Coffee chain Starbucks has launched a plant-based breakfast sandwich at one test location in Issaquah, WA, a city on the outskirts of Seattle. The new Plant Powered Breakfast Sandwich, retailing at $5.45, is made with a mung bean-based egg, a plant-based sausage patty, dairy-free cheese, and is served on an English muffin. While Starbucks has not yet released information about which brands are behind the vegan egg and dairy-free cheese components of the sandwich, a Starbucks spokesperson confirmed to VegNews that the plant-based sausage patty is made by Impossible Foods. As for the egg, food technology startup Eat Just launched a folded version of its popular, mung bean-based JUST Egg in April and the egg featured in Starbucks’ new sandwich looks strikingly similar.

The Issaquah location is also offering quiche-like Plant Powered Potato Bake bites made from plant-based egg (retailing at $4.75) as well as Chickpea bites as a part of the plant-based launch, and in September, also began testing vegan cashew milk cream cheese from Miyoko’s Creamery. Customers at that store can purchase a 1.5-ounce package of the vegan cream cheese in Everything and Cinnamon Raisin flavors for $1.

How to Reduce Visceral Fat with a Healthy Plant-Based Lifestyle