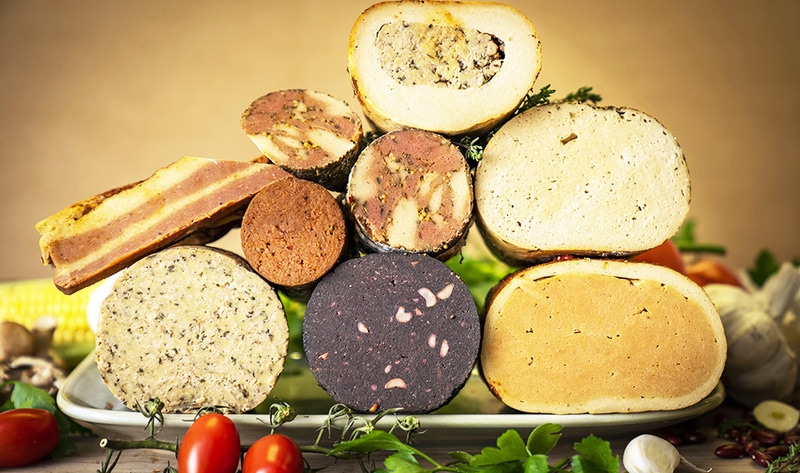 Rudy’s Vegan Butcher will open as the first permanent vegan butcher shop in the United Kingdom on November 1 (World Vegan Day). The shop will operate out of London’s Islington borough and sell a variety of vegan meats such as pastrami, burgers, salami, pepperoni, and “rack of jack” (jackfruit-based ribs), along with prepared foods such as cheeze sauce & chilli-non-carne, lobstah salad, meatballs, and shredded BBQ pulled porc. On opening day, Rudy’s will give away 100 pounds of its plant-based “baycon” to the first 200 customers—which amounts to a total of 5,000 slices. The shop is also launching a UK-wide delivery service and orders placed on World Vegan Day will come with a free pack of baycon.

The butcher shop is a sister business to Rudy’s Vegan Diner which operates out of Camden Market, where it sells veganized comfort food dishes such as reuben sandwiches, burgers, mac and cheese, chilli bowls, and a variety of thick vegan shakes.

While Rudy’s will be the first permanent vegan butcher shop in the UK, several pop ups have previously operated in the region, including one launched by grocery chain Sainsbury’s last year at one of its stores in London to highlight its growing vegan meat options.